By now, we are all accustomed to the chore of phone charging. Between energy-draining apps and gradually dwindling battery life, our phones are constantly traveling back-and-forth between our hands and our chargers. Smartwatches, however, are a bit different. Unlike a mobile phone, a smartwatch is wearable; plugging it in requires more of an effort, and some people—used to the low maintenance watches of yesteryear—may forget to charge it entirely. Matrix Industries, a forward-thinking start-up, has a solution to this problem: PowerWatch, a gadget that is powered by body heat.

Their crowdfunding campaign on Indiegogo explains: “Unlike today’s smartwatches which need to be recharged every day or two, the Matrix PowerWatch never needs to be removed from your wrist for charging.” The PowerWatch serves a range of purposes, from keeping track of calories burned, monitoring activity and fitness levels, and tracking sleep. It can be wirelessly synced with your phone through the Matrix iOS and Android apps. Composed of aircraft-grade aluminum and featuring military-grade nylon straps, the waterproof watch is also exceptionally durable.

The team behind PowerWatch has created the gadget as a way to test their thermoelectric generator technology. Put simply, a thermoelectric generator is a device that converts heat into energy. In order to do so, the generator must maintain two temperatures: high heat and low heat. For this reason, a watch’s face is a perfect candidate: the side that makes contact with your skin remains warm, while its surface remains cool. Ultimately, this seemingly simple difference in temperature is what powers and runs the watch. And, when it isn’t on your wrist—and, thus, isn’t generating any energy—the watch goes to sleep. Due to an internal battery, however, the date and time won’t be affected, and everything will be exactly as it was when you left it.

The PowerWatch is undeniably a product of the future—and, from a company with a name like Matrix Industries, we wouldn’t expect anything less!

For a contribution of $170, you can a pre-order a watch through Indiegogo. Matrix Industries hopes to ship the product by July 2017.

All images via Indiegogo. 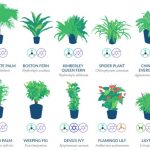