San Francisco-based Alexandra Christ was shocked to find out that if her grandfather wasn’t put onto a boat to America as a small child, she and her family could have been Syrian refugees. This “what if” scenario haunted her for days and nights. She played the scene over and over in her mind, imagining herself as a mother gathering children to escape over harsh waters to a refugee camp. Her imagination became so real, she could no longer ignore it. She had to find a way to help the thousands of refugee children and families who were sacrificing everything and putting themselves into danger every day. After many nights of tossing and turning, Christ had found her mission. She was going to bring joy to the refugees, one soccer ball at a time. Thus began her aptly named passion project—Peace Joy Soccer.

For many people around the world, soccer is a beloved sport that tops all other sports. It has its own universal language and both the playing and spectating of soccer promotes camaraderie, friendship, and connections between people—regardless of age, gender, nationality, or skin color. That is precisely why Christ chose to spread peace and joy through soccer. In an informational video, she says, “If you have a ball at your feet, you have a form of power. Joyful power!” Most importantly, soccer is a game. It provides a pocket of time for children to be children and to have fun and play—something that refugee children definitely do not get enough of. Christ decided that she would begin by bringing soccer balls to refugee children in Athens, Greece.

In July 2016, Christ set up a donation for funds to buy the balls, as well as asked for homemade cards and selfies she could pass out to families in the camps. The response was astounding and she quickly exceeded her goal. The next hurdle was to find a way to get 750 soccer balls to Greece. She contacted a vendor in Pakistan who agreed to custom-make the balls and ship them directly to her hotel in Athens. Christ was thrown obstacle after obstacle, and yet things magically seemed to all come together for her. As word got out about her upcoming trip overseas, other people in the Bay Area were eager to join on her mission, including Marin County youth soccer coach, Shea Whelan, who would help assist children learning soccer for the first time.

Time marched along steadily, and come September, Christ and Whelan were escorted by local Grecian non-profit organizations to 8 refugee camps, 54 schools, and 3 orphanages, where they distributed more than 700 soccer balls. In an incredibly short span of only 2 months, Christ had achieved her dream of spreading joy to children in need and, in return, she received the happiness of seeing the children’s priceless smiles. No matter how small of a timeline you think you have, Christ shows that anything is possible if you keep a positive attitude and never give up.

We had the great opportunity to ask Christ a few questions about the details of her heartfelt mission. Scroll down to read that exclusive interview and view photos from her recent journey.

What were the major challenges you faced in the short two months it took to achieve your project’s goal?

I felt like I was building a sand castle on the water’s edge. I’d build this beautiful sculpture and turn to call my friends over and a wave would wash away my masterpiece. I had so many unknowns. Would I gain access into the camps? Could I find someone that would escort me in? I heard distribution in camps can be very dangerous, especially for a woman going in alone, unescorted. I was told I could get hurt because the older boys might try to ambush me and steal soccer balls to sell outside of the camps in hopes they could save enough money to get smuggled out of the country. I was informed of riots that have broken out during distribution.

I have been an event planner for years. Every event has a run-of-show which means what you can expect every minute of the event. This was different. I was about to get on a plane and head to a foreign country. I did not know which camps I was going to. I did not know how I would get to any of them with 750 soccer balls. I did not know if my boxes of balls would arrive on time for the short window I would be in Greece. I did not know how I would distribute them and stay safe and then somehow, it all came together. One organization that had a presence in 2 local camps and a few others around Greece offered to work with me. The mayor of one district in Athens heard I wanted to help the local communities, so they assisted me and things just fell into place.

I think when you are on assignment from God, when the calling is so strong you can’t sleep until you take action, you will be guided. I felt guided and protected every step of the way.

The tents inside the refugee camps.

What was it like, the moment you gave the soccer balls to the children?

At one camp, I was delivering balls and there were children outside. My friend said they didn’t have papers so they couldn’t get into the camp. Basically, their family was homeless and didn’t get access to any of the basics, so I reached in my bag and gave them a ball. When they understood that the ball was for them, they had the biggest smile and that smile never left their face. It was like Christmas Day and I was the recipient of so many hugs.

At a refugee orphanage for teen boys, PJS delivered balls and played with kids. The mayor was talking to us outside the orphanage and two boys came outside. They threw their balls up in the air and caught them and they took off running down the street to the park with pure joy.

When you see that switch flip and the children are filled with joy and hope and they are allowed to be kids for a small amount of time, your life will forever be changed. I want to share this joy with children all over the world and let them know that each one of them truly matter.

You’ve just recently arrived back from Greece. What’s next for Peace Joy Soccer?

Aside from setting up a 501c organization, PJS is trying to help sponsor a refugee league in Athens. We are working with an organization that is trying to set up a league where the children in the camps compete with children in the Greek School. Currently, they all need shoes as their shoes are so worn, they are ripped open. I am working to get reversible shirts that they can practice and compete in. We are looking into finding a way to get a turf field.

I have another 500 soccer balls on order that will get donated to 54 Greek schools. Since the economic crisis, the schools have run out of money to buy sports equipment so while I was in in Greece, I pledged to supply the schools with balls.

Peace Joy Soccer has also been invited to do a mission in Honduras in June 2017. An organization has built an orphanage and asked if we could come deliver soccer balls. I have proposed to not only drop off balls to schools and orphanages, but to run clinics to engage the kids. Anyone overseeing the kids would learn soccer drills that they can teach. We want to encourage skill development and create a structure in what can typically be an unstructured environment.

I know Peace Joy Soccer will continue to grow and evolve, but what will never change is that we want to bring awareness to the refugee crisis. We want to bring awareness to areas that have been hit by wars, natural disasters or areas that are in extreme poverty. Most of us in the US are so sheltered from the horrors of how so many people live and if we were born on different soil, it could be any one of us. Now that this is part of my consciousness and I have seen the response from the recipients, I can not stop. I need to work harder to help those in need and if I can bring them joy for a brief moment, it is my honor to do so.

Thank you so much Alexandra for your energy, positivity, and dedication to helping children and for inspiring others to get out and do something. Visit Peace Joy Soccer‘s website for more information on how you can get involved.

My Modern Met granted permission to use photos by Alexandra Christ. 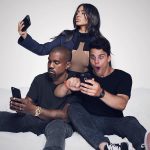