Attending a World Cup game is an undoubtedly exciting event—especially if your team comes out on top. To certain fans, however, celebrating a big win comes second to very different task: cleaning up the stadium.

During this year’s World Cup in Russia, groups of considerate spectators from Japan, Senegal, Uruguay, and Colombia have been spotted picking up trash after their teams’ matches. In some cases, fans from different bases even team up with each other to get the job done. While they may not see eye-to-eye during the games themselves, they don’t take sides when it comes to cleaning.

This is not the first time that such etiquette has been thrown onto the international stage. Japanese supporters were first praised for their cleaning efforts when they were seen stuffing trash into blue bags brought from home during the 2014 World Cup in Brazil. Popularized by viral videos, this behavior has undoubtedly inspired others to do the same, culminating in a new type of camaraderie and much cleaner stadiums.

Now this is a game plan we can all get behind!

During this year’s World Cup, fans from Japan, Uruguay, Senegal, and Colombia have been seen picking up trash after their teams’ games.

Japan made history as 1st Asian team to defeat a S. American team in #WorldCup. But what happened after is just as impressive. A friend sent me this video of Japanese fans cleaning the stadium after the game. They actually brought the blue trash bags with them. Class act. #COLJAP pic.twitter.com/uPL7XyxD8g

Colombian, Japanese and Senegalese fans cleaned their trash before leaving the stadium.

Last #WorldCup Japan did it, this time Colombian and Senegalese fans joined them 👏🇯🇵🇨🇴🇸🇳 pic.twitter.com/H6BNYeWCgX

The post Japan’s Soccer Fans Clean Up After World Cup and Inspire Other Countries’ Fans to Do the Same appeared first on My Modern Met. 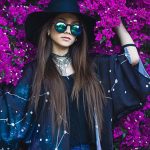 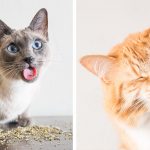