Whether we look to nature, religion, art, or community, much of the human experience involves the act of searching for something bigger than ourselves. For Australian photographer Jem Cresswell, this meant diving into the vast ocean. Since a young age, has immersed himself in underwater photography, finding a sense of awe in exploring the immeasurable depths of the ocean. In 2014, he began photographing an intimate underwater portrait series of a subject much larger than himself: the humpback whale. Now, the series of stunning black and white images is available as a fine art book entitled Giants.

To complete Giants, Cresswell spent four years returning regularly to the the coast of Tonga, located in the southern Pacific Ocean. The photographer sought out his migrating subjects in their natural habitat, aided by a local guide and sea captain. Outfitted with underwater photography gear, Cresswell took care to respect the will of each humpback whale. He never approached whales who demonstrated discomfort. Instead, the famously curious creatures often approached him and allowed for some truly up-close-and-personal portraits.

Through his images of these majestic mammals, Cresswell allows viewers to encounter anthropomorphized creatures whose emotive behaviors call into question the singularity of our human experience. Barnacles grouped on a whale’s head or a flash of a white belly bring an individuality to each image. The artistic choice to capture his subjects in black and white further centers the viewer’s focus on the individual whale while also creating a classic ethos.

After capturing over 11,000 images in his underwater sessions, Cresswell had to select the most stunning shots for Giants. The newly-released tome features 220 pages of portraits—some never before seen by the public. Mothers and calves lovingly dance across the pages, fins flash, and bubbles rise. In some shots, the whales are framed by the water’s choppy surface—images which set the known world of the shoreline in contrast with the mysterious calm of the water’s depth. Perfect for anyone who has ever wanted to swim with the whales, the book is an immersive experience in a world few get the chance to see. Cresswell’s images present great beauty, surprising emotion, and subtle grace alongside impressive technical skill.

The individualized portraiture approach taken by Cresswell is only fitting for such unique creatures. Humpback whales carry unique white patterns on the undersides of their tail flukes (the rear flippers) just like human fingerprints. An average whale lives about 50 years. Known for their ability to “sing” and learn songs, they migrate the same routes many times over, returning repeatedly to feeding and breeding locations. These marine mammals also have spindle cells—the only animals with these cells besides humans and great apes. While in humans the cells have functions relating to social organization, empathy, and intuition—the necessary components of human society—it is not entirely known what functions the cells play in whales. Cresswell told My Modern Met, “The discovery [of the cells] asks a lot of questions about anthropomorphism, given as how we, as humans, tend to put human emotions on what we think the behaviors of these creatures may mean.”

To explore a world much bigger than yourself, scroll down to preview some of the stunning underwater portraits of humpback whales found in Jim Cresswell’s new fine art book Giants. You can grab a copy of a first edition run of 1,500 signed copies of Giants, now available for purchase on the book’s website. The work makes a stunning gift for photographers, conservationists, and anyone in between. For even more of Cresswell’s work, visit his website and Instagram.

After four years of swimming with the whales—and 11,000 images—Cresswell has just released a fine art book entitled Giants.

The book features 220 pages of stunning imagery in black and white, the better to highlight the individuality of each whale.

Cresswell began underwater photography as a teenager and says he finds it awe-inspiring to immerse himself in ocean depths much greater than himself.

The gentle giants he photographs are quite emotive and easy to anthropomorphize, making the viewer question the singularity of the human emotional experience.

Scroll on for a preview of the stunning images to be found in Giants; the work is available for purchase now on the book’s website.

Interview: Top Underwater Photographer Shares the Secrets of His Success 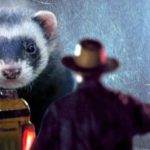 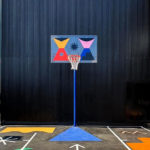