Once again, sports fashion brand Lacoste is replacing its iconic crocodile emblem with 10 different endangered species for a limited edition collection of white polo shirts. The Save Our Species campaign is part of a 3-year partnership with the International Union for Conservation of Nature (IUCN) in a bid to raise awareness of the animals’ dwindling numbers. After first unveiling its limited edition line last year, Lacoste is now releasing its second collection in stores across the world on May 22, 2019 which marks the International Day for Biological Diversity. However, this time, the shirts will be featuring different endangered animals.

Each of the 10 designs will belong to a dedicated store, and the amount available depends on the remaining population size of each species in the wild. The will be 3,520 polos spread throughout the world—in Seoul, there will be just 400 polos featuring the Moheli scops owl, which is native to the Comoro Islands. Additionally, Lacoste is producing only 444 polos with the North Atlantic right whale logo for its New York store. “Despite its impressive 45-foot length, the black whale is highly vulnerable,” says the brand. “Prized by whalers, hunted almost to the point of extinction, it’s currently threatened by entanglement in fishing nets and ships.”

Other species featured in the collection include the Hawaiian monk seal, which will be sold on the Lacoste website, and the Iberian lynx, which you will be able buy in the Paris Lacoste store. The limited edition shirts will be sold at $172.26 and all profits will go towards helping IUCN’s efforts to conserve wildlife.

You can find out even more about the campaign on Lacoste’s website.

For the International Day for Biological Diversity on May 22nd, Lacoste will replace its iconic crocodile emblem with 10 different endangered species.

The limited edition collection of white polo shirts—titled Save Our Species—is part of a 3-year partnership between Lacoste and the International Union for Conservation of Nature (IUCN).

…and be produced in limited numbers, corresponding to the remaining population size of each species in the wild.

All images via Lacoste. 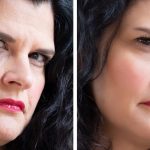 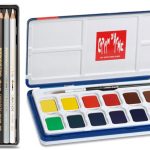