This post may contain affiliate links. If you make a purchase, My Modern Met may earn an affiliate commission. Please read our disclosure for more info.

It’s been 40 years since George Lucas’ iconic The Empire Strikes Back first landed on the silver screen. This sequel to the original Star Wars is the fifth film (chronologically) in the series; and to celebrate the anniversary, LEGO has released a special commemorative set. Any fan of the film will instantly recognize the Imperial AT-AT Walker from the Battle of Hoth, and now you can build your own with toy bricks.

The 1,267-piece LEGO set includes six minifigures—Luke Skywalker, General Veers, two AT-AT Drivers, and two Snowtroopers. Different parts of the All Terrain Armored Transport vehicle open up and there are even spring-loaded shooters. Fans of the film will appreciate details like the winch to pull up Luke Skywalker, who comes complete with a thermal detonator.

The AT-AT LEGO kit is geared for children 10 years and older and, of course, adult fans of The Empire Strikes Back. The set is just the latest in a long line of LEGO gear aimed at Star Wars fans. This includes everything from the Millennium Falcon and Imperial Star Destroyer to a brick figure of everyone’s favorite wise green Jedi Master—Yoda. The AT-AT set retails for $159.99 and is now on sale via Amazon and the LEGO Store.

To celebrate the 40th anniversary of The Empire Strikes Back, LEGO has released an Imperial AT-AT Walker kit.

The 1,267-piece set has parts that open, as well as a winch to pull up Luke Skywalker.

All images via LEGO.

14 of the Coolest Lego Sets for Kids and Adults 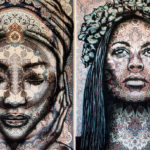 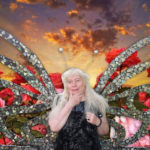