LEGO fanatics of the ‘90s are sure to remember the iconic Black Seas Barracuda pirate ship set. First released in 1989, it’s still considered one of the best builds of all time today. And now, just under 30 years later, it’s being re-released.

The Pirates of Barracuda Bay set is a product of the LEGO Ideas incubator, a project that allows fans to submit their own toy ideas and potentially have them turned into real LEGO products. The new, 2,545-piece Pirates of Barracuda Bay build isn’t an exact copy of the original, but an updated version. Users are invited to build a pirate ship and an island, both of which can be dismantled and restructured according to your preference.

The set also comes with 8 mini figures, including “Captain Redbeard” and his trusty crew members. The impressive LEGO ship features a captain’s quarters, cannonballs, and even a tavern for when the pirates are ready to sit down with a bottle of rum.

Check out the Pirates of Barracuda Bay set below and purchase your own on the LEGO website starting on April 1, 2020.

LEGO is re-releasing one of its most popular pirate ship sets ever.

The Pirates of Barracuda Bay set allows you to relive LEGO adventures of the ’90s.

All images via LEGO.

LEGO Releases 3,306-Piece Batmobile Kit to Celebrate the 30th Anniversary of the 1989 Film 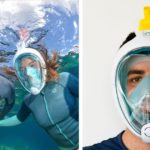 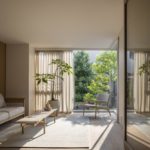