My mom is next to a stuffed mammoth. From 60 to 80% of all mammoth bones in the world are found in Yakutia. In one year Yakutia produces about 100 tons of mammoth tusk.

Russian photographer Alex Vasilyev continues to explore his own surroundings thanks to two ongoing series, My Dear Yakutia and Sakhawood. Born and raised in the far east Russian republic of Sakha, also known as Yakutia, Vasilyev once dreamed of traveling to exotic locations for his photography. But he quickly realized that in Yakutia—the coldest region of Russia—there was plenty of magic to be discovered.

This realization led Vasilyev on a path to explore the daily habits of his fellow citizens in the series My Dear Yakutia. Finding beauty in the simplicity of life, Vasilyev documents everything from the harsh winter snow to cozy moments indoors with friends and family. He uses clean lines and cool colors in his images, giving a sense of serenity and isolation in this remote place.

His Sakhawood series shows an unexpected side of life in Yakutia. There is a thriving filmmaking community in the region, which has earned it the nickname Sakhawood; seven to 10 feature films are made in the area per year. The teams that create these films are an eclectic bunch, with most directors working in cinema on the side and the actors plucked from local theater troupes or the streets of Yakutia.

Despite the unlikely location, the movies produced here do quite well. Most are filmed in the local language and are low budget by Russian cinema standards. Yet, some have done very well at the box office, even beating international blockbusters. Over the past 15 years, 180 feature films have been shot in Sakha. Many then go on to win prizes at local and international film festivals, with the actors becoming recognized faces across Russia. Vasilyev’s documentation of Sakhawood is a beautiful way to see that artistry exists and thrives in even the most unexpected environments.

Alex Vasilyev photographs his own backyard, Yakutia, which is one of the coldest regions of Russia.

Namtsy village of Namsky Ulus. Often Yakut people prefer to shoot films in rural areas, because it is easier to find the right nature and catch the right atmosphere.

Evgeny Andreev at home in his kitchen with his cat Kotey.

Due to the permafrost, communication pipes are not buried in the ground, but laid outside. Because of this, Yakutsk received the nickname “The city with guts out.”

A new residential neighborhood in Yakutsk

He’s also documented the area’s thriving filmmaking scene, which has earned it the nickname Sakhawood.

Stepan Petrov, 74 years old, became a celebrity not only in Yakutia but also in Russia after starring in two Yakut films ‘The Lord Eagle’ (2018) and ‘The Sun Does Not Set Over Me’ (2019). He’s been featured in newspapers, documentaries, and commercials. Stepan is not a professional actor, he acts in the folk theater of the small village Kerdem, where he lives with his wife.

Stepan (left) drinks cognac at home with screenwriter Semyon Ermolaev (middle) and Eduard Novikov (right), the creators of the feature film “The Lord Eagle”, which won the Grand Prix of the Moscow International Film festival in 2018. It is a story about an old man and his wife, who sheltered an eagle, a sacred bird in the Yakut culture.

The second part shooting of the first in a series of Yakut fairy tale films based on the Yakut folk tale “The Old Beyberikeen With Five Cows.” The film’s director Konstantin Timofeev says: “I want to present this film to all Yakut children. Our generation grew up on Russian fairy tales. I hope this picture will become an impulse and motivation for local directors to start shooting tapes about our Yakut fairy tales!”

The Stepanovs are on the shoooting of a film “The Old Beyberikeen”. The mother of the family, Anastasia, works on the site as a cook, prepares breakfast, lunch and dinner for the entire crew. In addition, Anastasia is involved with the children in several crowd scenes. Anastasia Stepanova says: “My friend from the city suggested my children to participate in the film “The Old Woman Beyberikeen”. I thought it was a great idea to have an unusual summer vacation. We went to town together. When their roles were approved, I was offered to accompany them and at the same time become the cook of the crew. I couldn’t refuse the offer.”

Shooting melee of the main good guys in the fairy tale “The Old Beyberikeen” against the Abaahy evil spirit.

Twins Semyon and Stepan starred in the fairy tale “The Old Beyberikeen” in the roles of mythical creatures living in the swamps—dulgancha. It is the first time they’ve participated in a film. They got into the film thanks to casting in Yakutsk. They traveled from their small village in Amginsky ulus a few hundred kilometers far away.

A group portrait of the Sakha theater actors, who acted in the historical comedy “Hasty” based on the classic drama of the same name by the Yakut writer Nikolai Neustroev. Since all films in Yakutia are shot in the national language, the majority of professional actors in the cinema are actors of the Sakha Theater, where performances are staged in the Yakut language. The actors are fluent in the literary Yakut language.

The actress of The Olonkho Theater Maria Mikhaleva is resting between takes on the set of “The Old Beyberikeen”.

Violetta Khristoforova in the main role of the mystical drama “The Cursed Land”. The director Stepan Burnashev cast the girl for the role after visiting her page on Instagram.

Photographer Documents the Gritty Streets of Russia With an iPhone

Russian Street Photographer Documents the Extreme Temperatures of His Hometown 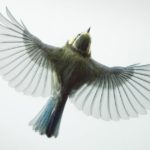 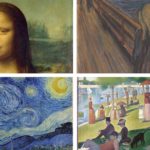