For most people, dragons only exist in fairytales or fantasy films, but for the people of Calais in France, a huge, fire-breathing beast roams their own streets. Don’t worry though—this particular dragon isn’t real. The mechanical Dragon of Calais (Le Dragon de Calais) was created by La Machine, a non-profit organization comprised of artists, technicians, and theater designers who work together to construct epic mechanical monsters.

The gigantic dragon—made of steel and carved wood—is La Machine’s largest creation to date. Earlier this month (November 1-3), it paraded the streets of Calais as part of an arts festival, where it was manually powered by 17 individuals each day. Crowds of people stood by in awe of the mythical beast as it stomped through the streets and breathed out fiery smoke. “Freed from the subterranean worlds, the Dragon of Calais is heading for the city,” say the makers. “This new creation built by La Machine Company will roam the city, manipulated by 17 people who give him life.”

Dragon of Calais now resides at La Cité provisoire, where from December 17th onward, the public will be able to enjoy rides in a carriage on the back of the dragon through the city—so you can feel just as powerful as Daenerys Targaryen did in Game of Thrones.

Find out more about Dragon of Calais on the La Machine website.

A giant fire-breathing mechanical dragon paraded through the streets of Calais earlier this month.

It was created by La Machine—a group of artists, technicians, and theater designers.

Watch the mechanical beast in action:

All images via La Machine. 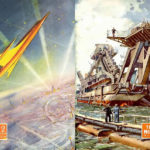 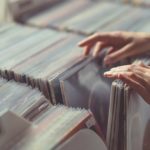