The best miniatures have the ability to transport people to another world without them even realizing it. So detailed and precise, they look and feel like a lifesize environment. Nothing proves this more than a collection of photographs from Lyon’s Musée Miniature et Cinéma. It was here that digital retoucher Diego Speroni shot Little Spaces, a fascinating series where one slowly realizes that seemingly abandoned environments aren’t actually real.

Speroni’s love of photography prompts him to bring his camera wherever he goes. So when he found himself in the museum during a recent vacation, it was only natural to start taking photographs. What began as just some quick shots to remember the museum became something much more when Speroni later viewed the work on his computer.

Each frame is a tribute to the miniature landscapes created by the museum’s founder Dan Ohlmann. This former woodworker and interior designer has spent over 25 years honing his craft. After meticulously researching and measuring the environments he’s inspired by, Ohlmann sets about creating these 1/10th and 1/12th scale models.

Since 2005, Ohlmann’s museum has helped introduce a wider audience to the skill and artistry of miniaturists. From a run-down theater to a sleek mid-century modern home, every interior has its own unique story to tell. And thanks to Speroni’s incredible photography, we can explore each miniature world in all its incredible detail.

During a trip to the Musée Miniature et Cinéma in Lyon, digital retoucher Diego Speroni took photos of incredible miniatures.

The scale models are so realistic it’s difficult to believe that they aren’t real interiors.

The models are the work of Dan Ohlmann, the world-renowned miniaturist who founded the museum. 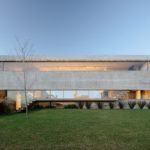 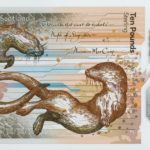