A morning ritual turned into something much more for Slovakian photographer Jozef Morgoš. Morgoš lives in the central Slovakian region of Turiec and, each morning, he loves to take a wander at sunrise while he sips on a coffee. Inevitably, his journey takes him to his favorite landscape, which is punctuated by a beautiful cherry tree.

Inspired by the nature around him, the picturesque tree has become his muse. The result? An unforgettable series of photographs. While drinking in the scenery, Morgoš can’t help but take a photo of the environment. Eventually, when he looked in his archive, he realized that he’d unintentionally created a breathtaking photo series.

His morning walks have resulted in photographs of the cherry tree across four seasons. When placed together, these images tell the tale of a tree in evolution. We can watch as the tree’s bare winter branches fill with spring blooms. These give way to rich green leaves in the summer that transform into a fiery red as we transition into the autumn.

As if the tree weren’t enough, the lush rolling hills that surround it, as well as a distant forest, help enhance the magical quality of the environment. Morgoš notes that the tree is also a popular destination for tourists, who often come to sit on the cherry tree’s swing and take photographs. For Morgoš, it was a nice surprise to see his photographs so well received once they were posted online. Now, he wants to dedicate himself to taking even more pictures of his favorite model and share them with the world.

Jozef Morgoš often stops by his favorite cherry tree and snaps a photograph.

This resulted in an unintentional series of the picturesque tree across all seasons.

Amazing Aerial Photos of a Finnish Island Across Four Seasons 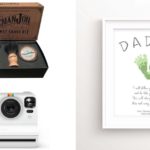 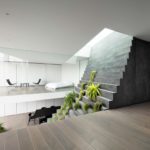