An unexpected compliment can make someone’s day, so it’s a wonder why we don’t give them more often. Photographer Rotasız Seyyah, however, is changing this one person at a time. He’s in the midst of a 1,001-day journey across the globe, working on a simple-yet-endearing project along the way. Called You Are So Beautiful, the series documents the moment Seyyah meets a stranger and tells them they are “very beautiful.” Every individual has two photos snapped of them—one before they receive the kind remark and another after hearing it.

The difference between the photographs is like night and day. Before, the selected women look at the camera with unassuming expressions. But once Seyyah gives the compliment, their faces change—they light up with the sweetest reactions. Some are beaming while others are endearingly embarrassed by the sentiment and cover their face with their hands. No matter how old or where they live—many of these women reside in Central and South America—being told they’re beautiful will shift the way you see yourself.

Despite the time now devoted to this passion project, Seyyah’s travel photography is his second career. He spent six years working in IT in Istanbul before following his passions for travel and picture-taking. He plans to be on the road until September 11, 2017, and in the meantime you can follow along with his adventures on Instagram. 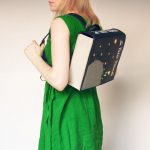 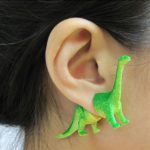