Danish photographer Søren Solkær is perhaps best known for his portraits of musicians like Björk, U2, and The White Stripes. But, in reality, his work spans many different genres. Since 2017, Solkær has been photographing birds, but not just any birds. His work Black Sun focuses on starling murmurations and the fantastical shapes they make in the sky.

The phenomenon, which happens twice a year as the starlings migrate, is a familiar site to Solkær, who grew up in southern Denmark. He’s since traveled across Europe—from Denmark to Germany to Spain and Italy—to document the incredible shapes these birds make. “I have mainly been fascinated by the visual appearance of the large flocks of starlings flying as one organism,” he tells My Modern Met. “Particularly the shapes that occur when birds of prey attack the flock. The resulting shapes and ‘images’ often resemble birds and whales.”

Equally fascinating to Solkær is the starlings’ ability to work closely together in unison for the benefit of the flock. “I have noticed their incredible ability to navigate with great speed and agility in situations of great danger—without ever even touching each other despite being very close together. They are able to turn the flock all black, by turning their backs to the attacking birds in order to scare them off and make it harder for them to single out an individual bird.”

His ability to capture the starlings in a still frame while conveying their movement is astounding. As they form hearts, waves, and other shapes in the sky, these starlings transmit a sense of extraordinary freedom. For those who want to see more, Solkær has put together his best work in a new book titled Black Sun. Available for purchase via his online shop, the book contains over 120 of his best starling photographs.

Over 120 of his best starling formation photographs are now available in his book Black Sun. 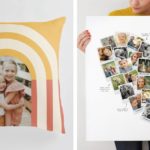 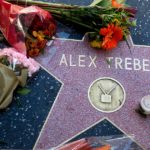