The platypus is an extremely unique creature. They are milk-producing mammals with incongruously webbed feet, and a bill. They also lay eggs like an amphibious water bird. The platypus is so strange that British scientists in the late 18th century were dubious as to its existence, even though a preserved pelt had been sent to London. The platypus continues to fascinate today with its charming face. A recent paper in Mammalia details new discoveries about this small critter which is found in eastern Australia and Tasmania. When exposed to ultraviolet light (aka UV light), the sleek brown pelts of platypuses fluoresce a vivid bluish green—one of the few known mammal species to fluoresce at all.

Forestry scientists at Northland College in Ashland, Wisconsin published this discovery in October 2020. However, the researchers’ interest in fluorescent mammals dates back several years. Professor Jonathan Martin was exploring his backyard with a UV flashlight when he encountered a flying squirrel. UV light is composed of wave lengths slightly too short for most humans to see. An object that fluoresces under UV light absorbs these waves and then emits a lower energy, therefore longer wavelength, which is visible to the human eye as a color on the spectrum. Noticing the flying squirrel appeared almost neon pink under the flashlight, Martin began to study the fluorescence of the squirrels. Using museum-preserved specimens and staking out the squirrels’ natural habitat, a 2019 paper announced the creatures as only the second known mammal to fluoresce—the first being opossums.

This 2019 paper inspired the researchers to continue their investigation of mammal pelts and UV light. The team chose platypuses as an example of a very different mammal from the flying squirrels. At Chicago’s Field Museum, they tested UV light on preserved platypuses (none were harmed, some lived as far back as the 19th century). Both male and female specimens glowed a shockingly brilliant blue-green with a purple belly. An Australian scientist also confirmed this discovery using a blacklight on a wild platypus found injured roadside in Australia.

The Northland College scientists summarized these findings in a paper under the lead authorship of Dr. Paula Spaeth Anich. The reason platypuses fluoresce is still murky. Fluoresce is a material property, possessed by objects such as white T-shirts. It is possible that the egg-laying mammals just acquired this trait by chance of nature. It is also possible that the trait evolved to allow the animals to evade nighttime predators with ultraviolet visual ranges. Whatever the cause, their fluorescent coats are just one more kooky trait of one of the world’s strangest animals.

If you would like to read the paper on platypus fluorescence, you can find it on Mammalia‘s website. Scroll down to learn more about the platypus in an adorable video from the San Diego Zoo.

A team of researchers discovered that the pelt of a platypus fluoresces blue-green under ultraviolet light—the only other mammals known to do so are opossums and flying squirrels.

Although it is not known why the platypus has this trait, the egg-laying mammals are unique in many ways.

Learn more about platypuses in this video from the San Diego Zoo. 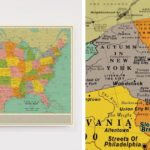 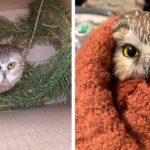