With her series Sirens, Rachael Talibart continues to elevate wave photography to an artform. Working with high shutter speeds, the English photographer freezes water in time, immortalizing each powerful drop. Her passion for stormy weather was shaped by her childhood on the south coast of England, and her sensitivity in capturing waves has made her a premier outdoor photographer.

Ongoing since 2016, Sirens sees Talibart photographing waves at just the right moment. Each frame is titled after a mythical sea creature or Norse or Greek god. In Loki, an alien face appears in the waves, bringing the Norse god crashing down on the viewer. While at other times, the form of the wave itself recalls the god after which it’s named (e.g. Medusa).

Talibart will bring her Sirens series to the Brighton Photography Gallery for a solo exhibition opening in September 2018. Her book Sirens is also available for purchase via her website.

British photographer Rachael Talibart is known for her powerful photographs of waves.

“Nyx” Goddess of the night (Greek)

In her series Sirens, each wave is titled after a mythical sea creature or mythological god.

“Oceanus” Titan Lord of the Sea

“Ligeia” Derived from Greek λιγυς (ligys) meaning “clear-voiced, shrill, whistling”. This was the name of one of the Sirens in Greek legend. It was also used by Edgar Allan Poe in his story ‘Ligeia’ (1838).

My Modern Met granted permission to use images by Rachael Talibart.

The Powerful Force of the Ocean Captured Inside Crashing Waves

The post Powerful Waves Crashing With the Force of Mythical Gods and Sea Creatures appeared first on My Modern Met. 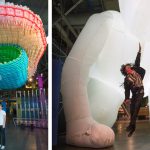 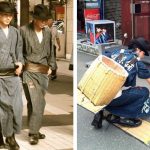