Like other pandemic-era award shows, the 2020 Emmy Awards looked different this year. The 72nd installment of the ceremony was held remotely, and the nominees were dressed to the nines in their respective, separate locations. The cast and nominated team members of Schitt’s Creek decided to celebrate together in Toronto, however, after they all tested negative for the virus. And, it’s a good thing they did: the beloved comedy set a record for the most wins in a single season. In addition to its historic nine prizes, it also was the first time a comedy swept all of the four major acting categories in one season.

The sitcom began airing in 2015 on television stations in Canada before making its way to Netflix in 2017, where it then gained widespread popularity. The show earned its first Emmy nominations last year (four in total) but didn’t win any. This year, it seems they made up for the lost time by recording win after win. Catherine O’Hara began the night with her first Emmy for playing lead Moira Rose. “I will forever be grateful to Eugene and Daniel Levy for the opportunity to play a woman of a certain age—my age—who gets to fully be her ridiculous self,” she said during her acceptance speech. Echoing that gratitude in his speech was Daniel Levy, who plays David, when he won the best supporting actor. “This has been the greatest experience of my life,” he shared. “This is completely overwhelming.”

The Schitt’s Creek social media accounts detailed the night—including the red carpet they set up so that the cast could show off their outfits and feel like they’re at the award ceremony. Scroll down to see moments from this joyous time.

The Canadian sitcom Schitt’s Creek had a historic night at the 2020 Emmy Awards. They set a record for the most wins in a single season.

and our Roses have arrived! pic.twitter.com/JuFHlsVUZd

🎵 and this will be our year 🎵 pic.twitter.com/rRBxaTJEBW

In addition to its historic nine wins, it also was the first time a comedy swept all of the four major acting categories in one season. 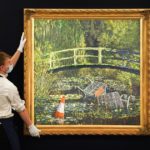 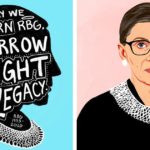