A glass floor allows customers to gaze upon medieval Viking ruins under a Dublin Lidl store.

Most grocery stores look similar—colorful displays of fruits, a butcher’s counter, and checkout lines are normal features. However, shoppers in one new Lidl grocery store in Dublin will have a unique experience as they pick up their weekly supplies. Opened in mid-October, the store was built directly over an 11th-century archeological site. Rather than build over the medieval Viking building, the store opted to include several sections of glass flooring, making the excavated ruin an educational part of the shopping experience.

The ruins upon which customers will gaze were discovered during construction for a commercial development. Exploring the site, archeologists discovered the small structure inset into the ground. The medieval builders dug the foundation before lining the walls with stone; an arched wooden structure stood above. This small building was probably a storage or craft space, surrounded by above-ground dwellings which have not survived. As reported by RTE News, researchers also discovered everyday artifacts including a 13th-century clay pitcher.

The structure was built by the Hiberno-Norse people who lived in an enclave of Dublin during the Middle Ages. While the term Hiberno-Norse is contested in scholarship, common use refers to populations with Gaelic and Scandinavian heritage. Seafaring Vikings from Norway had arrived in Ireland by the 9th century, and they intermarried with Gaelic locals. A dynasty of powerful Hiberno-Norse lords ruled Dublin—styling themselves kings—until right before the construction of the ruins found below the Lidl, estimated to be around 1070 CE.

Shoppers will now have a chance to learn more about this medieval past by viewing the ruins and reading informational displays throughout the store. Also displayed through glass are the remains of a backstage staircase from the Aungier Street Theater, an 18th-century structure. By preserving history and making these sites more accessible, Dublin’s newest local Lidl store becomes a true local landmark.

A new Lidl grocery store in Dublin has installed glass floor panels so that customers may gaze up the ruins of a medieval Viking house located underneath the retailer.

The building was likely built around 1070 CE for use as storage or a craft space.

The builders were the Hiberno-Norse people who lived in the Dublin enclave during the Middle Ages, and who were descended from Norwegian Vikings and local Gaels.

Other artifacts were found in the medieval Viking building, including a 13th century pitcher.

Customers can also read informational panels spread around the store that teach the history of medieval Dublin and highlight the 18th-century theater, which can also be seen underneath the store.

Check out this video from RTE News to see the ruins of the medieval Viking building for yourself.

8 of the World’s Most Awe-Inspiring Ancient Ruins 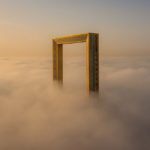 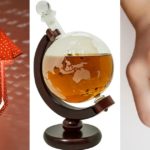