You might turn on the faucet without a second thought, but clean drinking water is not a guarantee for everyone. Approximately 2.2 billion people around the world don’t have access to safe water. Kiunga, Kenya was one of those communities. A few miles from the Somalia border, the small village was forced to cook, drink, and bathe with blackish contaminated water. The nonprofit organization GivePower recognized the “disastrous impact” that the lack of clean water had on the people living there, so they decided to use clean energy to transform the residents’ lives.

GivePower began its efforts in providing clean energy to struggling communities by first installing solar panels on 2,500 schools in 17 countries. After seeing the impact and scalability of the project, they began to consider their next evolution. What are the most important uses for human beings that need electricity? “We believe the number one is water,” Hayes Barnard, Founder and President of GivePower said.

In May 2018, the organization began installing its first micro-grid water desalination system in order to turn the ocean saltwater into fresh drinking water. To do this, they took a 20-foot shipping container and integrated a 75,000-liter-per-day system that was designed to work with a solar panel array. “When we turned on the tap, for this reason, everyone was pretty excited,” recalled Joffy Bastard, the Regional Partner in Sarara, Kenya. “I think having gone through so many years of water being such a scarce commodity, I’m not sure they entirely believe it.” But the system isn’t going anywhere, and it now produces enough clean drinking water for 35,000 people every day.

If you’re interested in helping GivePower in its mission to provide access to clean drinking water using solar-powered technology, a $20 dollar donation will give a person potable water for at least 20 years. You can donate through GivePower’s website.

For 2.2 billion people across the world, clean drinking water is scarce. The nonprofit organization GivePower is helping to change that with its solar desalination system, which turns salt water into potable water.

They installed their first system in Kiunga, Kenya in May 2018 to massive success.

Now, the system provides 35,000 people with clean water every day.

Learn more about GivePower and the project in the video below: 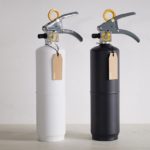 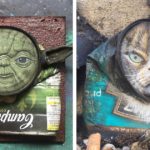