Sometimes we can all use a little reassurance that things are going to be okay. Artist Hector Janse van Rensburg, aka Sh*itty Watercolour, delivers these gentle reminders in the form of endearing four-panel comics. In his illustrations, Van Rensburg is comforted by a small gray feline who offers soothing tidbits that are sure to calm anyone’s anxious mind. The cat does this by reminding us that we’re human and doing our best to make it through each day.

Van Rensburg has based the gray kitty on his own cat, Ona, who passed away a couple of years ago. “She was with me for most of my life and was a little gray dollop of positivity that followed me everywhere,” he tells My Modern Met. “The comics are primarily about offering a new perspective on the negative mindsets that people find themselves in, and my cat was the perfect thing to articulate that new perspective.”

Anyone will find the Sh*itty Watercolour Instagram account relatable. Often, Van Rensburg’s character is worried about the future or is feeling blue—sometimes to the point where it is challenging to get out of bed. But as he expresses hopelessness, Ona counters his emotions by offering another way to view the situation. In one comic, the man can hardly leave his bed. When he does, he laments that he only did “half a thing” by getting “half-dressed.” Upon hearing that, Ona reframes it with a more positive spin: even with this modest progress, she says, he was still investing in himself, one pant leg at a time.

The effect of Van Rensburg’s comics has been profound. “Since starting the series, I have had so many messages from people about how they’ve helped them, or how they’ve sent the comics to people close to them and it has opened up a dialogue with them about things they struggle with, which is really great,” he explains. “There are some gratuitous ‘cats are great’ comics thrown in the mix, but for the most part I try to make them such that the cat’s voice could be the voice of a friend, or your own internal voice… just nice comforting words from someone who will stick by you.”

They feature soothing messages for anxious minds, delivered by an adorable gray cat. 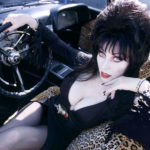 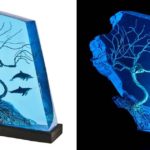