During his lifetime, Steve Irwin shared his passion for wildlife as a zookeeper, conservationist, and television personality. Although his time on Earth was cut tragically short, his spirit lives on—particularly through his family Terri, Bindi, and Robert, who together have maintained his legacy at the Australia Zoo and Steve Irwin Wildlife Reserve.

As Bindi and Robert grow up, they take on greater roles within the family business. Robert, at just 14 years old, is quickly becoming a lauded wildlife photographer who has a knack for capturing the soulful essence of creatures of all kinds.

Robert Irwin’s gift for photography was passed down from his late father. “My dad was also an amazing photographer,” he told My Modern Met last year. “He always carried his camera with him on his travels and photographed some spectacular wildlife.” The young Irwin demonstrates that he has the eye needed to find the perfect shot and the patience to see it through. Many of his pictures are the kind that are only snapped after much waiting—but they happen at just a moment’s notice. Through Instagram, he’s shared shots of a huntsman spider capturing a cicada and a mother hyena carrying its newborn cub back to the den.

Irwin is more than an enthusiast; he’s an award-winning photographer! He recently traveled to Washington, D.C. to accept an award in Nature’s Best Photography Windland Smith Rice International Awards. Irwin was a Highly Honored Winner in the Youth category. See some of his incredible photographs, below.

Steve Irwin’s 14-year-old son Robert has an exceptional talent for taking wildlife photos and captures stunning images of creatures of all kinds.

Stunning Winners of the 2018 Wildlife Photographer of the Year Contest 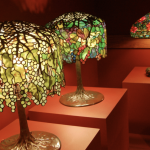 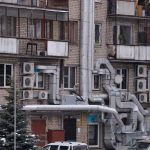