Two years ago architectural photographer Mike Kelley, long fascinated with aviation, decided to test a new concept—photographing airplanes taking off at LAX and compositing them into one image. When those initial images went viral, Kelley packed his bags and over the course of two years travelled 74,545 air miles in order to capture some of the most iconic airports around the globe, a project dubbed Airportraits.

Kelley transferred his skills in photographing architecture—which requires not only a fair amount of Photoshop, but attention to shape and form—into a striking series of photographs that go well beyond an exercise in compositing. Kelley carefully selected his locations based both on the size of the airport—Dubai is the world’s busiest airport by international passenger traffic—and iconic locations—Tokyo’s Haneda Airport affords a view of Mt. Fuji in the distance. Patience proved to be a virtue on his shoot, as Kelley wound up waiting hours on end for planes to take off or land.

The more you look at the images, the more you realize they go well beyond the initial novelty of the planes in flight, which resemble a flock of birds. Kelley has cleverly composed his shots to capture the spirit of each location. Amsterdam’s airport shows planes flying over a stream, a person next to their bike along the banks, while Sydney’s planes take off over a sandy beach. In London an iconic double decker bus rolls down the highway, while the lush Swiss hills by Zurich’s airport are dotted with cows.

“What I love about these images is that they can mean so many different things to so many different people. Whether it’s a love of aviation, a love of travel and far-off destinations, an interest in globalization and commerce, the environmental and social impacts of aviation, there is really so much that can be gleaned from these images,” Kelley tells us in an email. “My personal interest comes from showing people something that they take for granted in an entirely new way. I’ve taken something that is linear and more or less invisible and turned it into something a bit more easily understandable, which I think people really enjoy.”

My Modern Met granted permission to use photos by Mike Kelley. 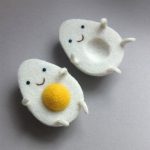 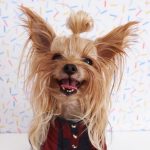