Photographer Nori Yuasa’s “once in a lifetime” shot

Japanese photographer Nori Yuasa captures the beauty of the stars in his ongoing series of nighttime images. The landscapes showcase the intensity of the dark sky, which can be eerie, while also highlighting the things that we can only see once the sun has set. Stars are his central subject, but he looks to shoot anything that naturally shines at night—including fireflies and glowing mushrooms. In addition to natural illumination, Yuasa photographs buildings that come to life against nearly black backdrops.

One of Yuasa’s most beloved pictures came to light on Twitter. A Japanese hashtag encouraged photographers to share an image they felt was a once-in-a-lifetime shot. Yuasa tweeted a photo he snapped in Nara prefecture (home to the famous deer park). “This will not be possible anymore,” he wrote, referring to the image. Yuasa goes on to explain that it was the middle of the night and there was dense fog. Strong winds made the scene feel even darker and scarier, but there was a moment of reprieve. “The fog over the sky cleared for an instant, and the area near the center of the galaxy became apparent.” It was at that moment he captured the striking scene.

Scroll down to see more of Yuasa’s work. Although he’d be hard-pressed to replicate his most popular photo, his skill at capturing otherworldly scenes is without question.

Japanese photographer Nori Yuasa showcases the striking beauty of the sky in his nighttime photography.

10 Astrophotographers Capturing the Awe-Inspiring Wonders of the Galaxy 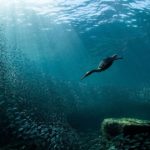 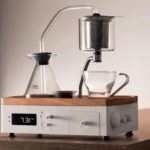