The latest conceptual project from architecture firm Rescubika envisions a soaring “green” residential tower on New York City’s Roosevelt Island. The building pushes the limit of current sustainability practices and reimagines modern living in a dense urban future. Dramatic renderings of the tower visualize an undulating form made possible by parametric design. The contours are designed through an abstraction of the human-like silhouette of a mandrake plant, which is where the project gets its name: Mandragore.

Narratives like that of Mandragore’s form are increasingly common in sustainable architecture. It is an example of biomimicry—the mimicking or abstracting of natural processes or forms found in nature. Biomimicry is often used for quantifiable sustainability goals, learning important lessons from the efficiencies of plants and animals. In this case, biomimicry is used for a deeper conceptual meaning. The mandrake analogy and resulting form represent the shifting identity of man and the natural world and the close relationship between ourselves and other living things.

Such a critique of our place in the built environment may be especially appropriate as the tower was designed in response to the City of Tomorrow Project which envisions a carbon-neutral NYC by the year 2050. Mandragore’s carbon sink concept pushes the sustainability-minded goal of carbon-neutral even further, meaning that the project would eat up more carbon than it produces; ultimately, making it carbon negative.

So how do we achieve a carbon sink? The Mandragore suggests it can be done by pulling from the best of modern sustainable architecture with techniques such as modern passive heating/cooling techniques to condition interior spaces, natural material choices, and lots of plants. Currently, the scheme includes 1,600 trees and almost 300,000 square feet of living plant walls across its 160 levels.

This project thinks outside the box of sustainable architecture. Besides achieving the technical or quantifiable goals related to carbon and energy usage, the project also executes a concept called “energy sobriety,” which calls for a shift in lifestyle choices resulting in a smaller carbon footprint. The building seeks to meet the required metrics critical for a more responsible tower while tackling the social issues that determine our response to climate change. Programmatic responses aligned with this mission include home offices designed to encourage ditching the commute and working from home.

Partly a shift in attitude, partly a challenge to our current sustainability standards, Mandragore may be a sign of what’s to come for our future green buildings and cities.

The contours are designed through an abstraction of the human-like silhouette of a mandrake plant, where the project gets its name: Mandragore.

Not only is it designed to be the tallest tower in the world, Mandragore also ambitiously aims to be carbon negative—meaning it will eat up more carbon than it produces. 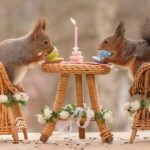 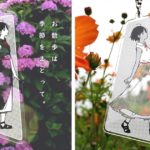