Soma started playing the drums when she was just two years old. By the age of four, she was performing in concerts with her family’s band, and, now—after her entry for the 2018 Hit Like a Girl Contest went viral—she is an online sensation. In the 3-minute video, Soma covers Led Zeppelin’s “Good Times Bad Times” with a level of skill beyond her years. It is only when she pushes the pedals with her polka-dot socks that the viewer is reminded just how young she is!

Still, though she is only 8 years old, Soma is already extraordinarily ambitious. “I want to be an artist who can do anything: playing all instruments, recording music, mixing the sound and designing the CD album jackets,” she explained in a statement that accompanied her entry. “I want to be the best female drummer.”

While she did not win the competition, her awe-inspiring video has shot her to Internet fame. Even Led Zeppelin’s lead singer, Robert Plant, has praised the effortlessness of her performance. “The thing is, it’s like falling off a log for her,” he remarked. “That’s a technically really difficult thing to do. I think he’d [John Bonham] be amazed. I think he’d be so chuffed. It’s great.”

And then see the band’s lead singer react to her performance!

We can’t wait to see more from this child prodigy.

The post This Amazing 8-Year-Old Girl Is Being Called a “Drumming Prodigy” appeared first on My Modern Met. 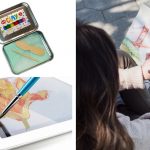 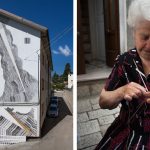