Many Americans dream of owning their own home, but it’s not always feasible—especially for those who have low incomes or were recently homeless. With these obstacles, ownership might seem like an unattainable goal, but the Tiny Homes project in Detroit wants to change that. Started by a non profit called Cass Community Social Services (CCSS), it aims to give this group of unlikely homeowners the opportunity to have their own place.

The Tiny Homes project is run by Reverend Faith Fowler, who saw property in a different light after her mother died—she realized that it’s something passed down within families. If one member of the family owns a home, by extension, others can have access to this symbol of stability for generations to come. “We were looking for a way to help homeless and other low-income people gain an asset,” Fowler explained to Upworthy.

Tiny homes are a hot housing trend, partly because they aren’t as expensive as larger structures. CCSS makes it even more convenient for families to eventually own a house by making their unique program rent-to-own. To get started, prospective tenants are identified by shelters and neighborhood canvassing. These groups find people who are ready to move but can’t afford to buy a home. There’s a review and interview process, and if the tenant is selected, they enter into a year-long lease on the tiny unit.

The rent for these homes is no more than a third of the tenant’s monthly salary, with the price equaling to a dollar per square foot. A 325-square-foot house, for example, would be $325 a month in rent. After seven years of making payments—along with mandatory financial coaching and home-ownership classes—the tenant officially owns their tiny home.

So, how many tiny structures can CCSS build? As of now, the Tiny Homes project has enough property to construct 25 of these single-family homes that are between 250 and 400 square feet large. Each house will have its own unique facade, and no two homes will look alike. “We want to instill a sense of pride in the residents,” Fowler said. “Most people will be coming from situations where everyone had the same bland setting (shelters in particular). We also believe by having so many styles in a concentrated area that others will be drawn to the neighborhood.”

The initial six units are now in construction, and the first house was completed in September of 2016. They share a border with the CCSS campus, allowing for a mixed income community of program participants, students, and staff of the CCSS. 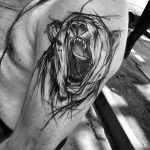 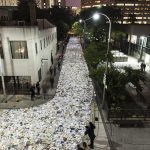