The household dishwasher has remained largely unchanged since it was first designed by William Howard Livens in 1924. Although the contemporary versions of these appliances now have more bells and whistles, the essential elements—a front-loading door, wire rack, and rotating sprayer—still exist. But just because the design is the same doesn’t mean that it’s the most efficient form for it to take.

Designers Moshen Jafari Malek and Behzad Taheri have conceptualized a new type of built-in dishwasher that takes cues from washing machines. Rather than have it be front-loading—which must include a door that’s absolutely watertight—their iteration allows you to put your dishes in via the top.

A top-loading dishwasher has a couple of advantages, with the biggest being its space-saving capabilities. In many homes—especially ones with narrow kitchens—having things that move upwards instead of outwards is vital for floor space. This self-contained design is also easier to waterproof because it doesn’t require a special seal around the door like its front-loading cousin. With their innovation, Malek and Taheri have built a better mousetrap. 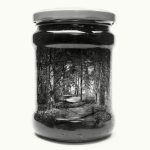 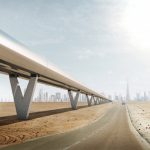