A vertical forest is much more than just an architectural style—for firm Stefano Boeri Architetti (SBA), it is a way of achieving symbiosis with nature. Widely known for establishing the world’s first vertical forest, SBA Studios created the prototype Bosco Vericale in Milan that encompassed the idea of giving back to nature while integrating it with continuous urban sprawl. The towering 27-story structure was certainly an impressive feat; and shortly following, Boeri revealed a second vertical forest called The Tower of the Cedars in Lausanne, Switzerland. Afterwards, it was clear that this innovative approach was a style all his own.

Boeri is now back with his third plant-covered structure, the Mountain Forest Hotel, which is designed to be a 250-room hotel located in Guizhou, China. The concept was inspired by the unique topography and natural scenery of the 10 Thousand Peaks valley, the region wherein the hotel will be built. Its design is intended to restore and emulate the original landscape that had been flattened out years ago and help to reconstruct a former existing hill.

As indicated on SBA’s website, their approach to eco-friendly architecture is multifaceted. “Sustainability not only depends on energy conservation, but on a wider biodiversity. The symbiosis between man, architecture and nature is the real sustainability.” They also state that the trend of vertical forests and green architecture is “extremely important for the future of architecture and the Future of our planet, because the single thought can have certain impact, but thousands of thoughts can change the world. Slowing down the climate changes, reducing CO2 emissions, making our living sustainable and in harmony with nature.”

Ultimately, the hotel will be sustainable while also luxurious. It will feature a gym, bar, lounge, VIP area, conference room, and restaurant, and the interior will be designed by a local artist named Simon Ma. If that’s not reason enough to visit, The New York Times also named China’s Guizhou region on its list of 52 Places to Go in 2016, and the government established a $20 billion high-speed railway through the region in 2014.

All images via Stefano Boeri Architetti. 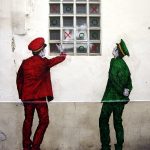 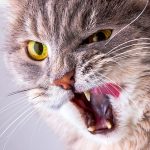