“In our house it’s Halloween all year round,” Heidi Klum told once. With an Oscar-winning make-up artist and prosthetics whizzes on speed dial, the mother-of-four means serious business when it comes to her spine-chilling fancy dress costumes.

The internet has already crowned Heidi Klum as the Queen of Halloween. Now, after the supermodel showed up at her 18th annual Halloween bash and revealed her 2017 costume, it’s safe to say she can keep her throne at least until next year.

The German-born 44-year-old outdid even herself as this time her lavish efforts resulted with an epic homage to the one and only Michael Jackson, channeling his iconic 1982 music video for “Thriller.”

The Werewolf From Michael Jackson’s “Thriller” in 2017

As Goth Pippi Longstocking in 2000 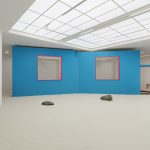 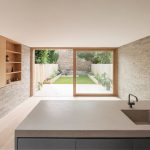