Sun-bleached babes, roller skates, cruisers, Vans, campers, corduroy OP shorts… The smell of the ocean, the feel of sand on your feet and the burning of incense bring back the memories of a golden era in Venice Beach.

In 1978, photographer Bill Aron and his family moved to California where he didn’t want to go. His wife had landed a job as a professor here, but he was just getting established as a photographer in New York. So his wife told him that he could pick what neighborhood they would live in, and he chose Venice, which was still affordable back then.

“On weekends, my dad would take his camera to the boardwalk and photograph the scene, which in fact had just become a scene,” Hillel Aron said about his dad. “Thanks to a newly installed bike path, the rise of disco music and the invention of the polyurethane wheel, which made rollerskating on the street viable.”

“I was born in the summer of 1979,” he added, “and my dad used to push me along in a stroller and photograph everyone hanging out there — the rollerskaters, the body builders, the sunbathers, the sidewalk vendors, the street performers, the daredevils, the musicians, the dope smokers, the hippies, the derelicts. My dad says they all knew me as a baby — except they all pronounced my name wrong.”

The post Amazing Black and White Photographs Capture Scenes From Venice Beach In The 1970s And ’80s appeared first on Design You Trust. 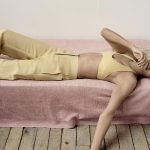 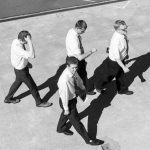