Aporia is defined as the expression of doubt; an irresolvable internal contradiction that occurs in a text, an argument, or a theory. It is also the title that Californian photographer Andrew Waits has given to a body of work that explores an urban environment in flux.

In ‘Aporia’, Waits documents mans relation to the cityscape—particularly with regard to the anxiety of change, and the nebulous nature of urban spaces. What is the truth of the metropolis, and our relationship to it? In such cities, buildings are built and buildings are demolished. Shops are opened and shops close. People come and people go. In an interview with LensCulture, Waits explains that in such cities “Reality exists in a continuum between construction and destruction—change itself seems to be the alpha and omega.” ‘Aporia’ is not an attempt to make explicit a point about the harmful or deceitful nature of urban spaces, instead, it is a fictional narrative that hopes to offer an entry point to understand what lies beneath the contradictory front of a city. 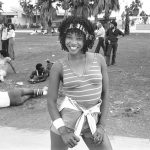 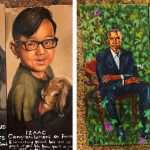