Christophe Guinet, known as Monsieur Plant, is a French artist who creates intriguing and unique sculptures and installations of plants and other organic materials. He masterfully brings them together with everyday objects, making unique works of art. Guinet was born in Paris, but spent his adolescence between the city and the countryside, where he developed a strong interest in the world of plants, which became his passion and work.

“The idea came to me after returning from a journey in India. I had gone there to separate myself from the universe of marketing and communication, in which I soak on a daily basis, and which had become heavy. It was a way to get fresh ideas to me, to review. After returning, I needed several weeks before getting back to my current life, weeks during which I had a lot of solitary walks in nature. It is there that Monsieur Plant was born,” says the artist to Bored Panda about how everything started.

The artist has been passionate about nature and plants since he was a child. He says that his love for nature and its creations helped him to become what he is right now. “I have no study in floriculture, but I have been passionate about plants since my childhood. I had my first collection of orchids at the age of 15 years. I always evolved with plants, they never left me. It’s my love for the plants that made me who I’ve become now.”

One of his most successful projects is called Sneakerium, where he transformed his old Nike shoes into amazing sculptures. “As I am passionate about street culture and skateboarding, the shoe quickly becomes the key object of the project, with a particular focus on models that I no longer use. It’s a way for me to recycle my shoes. All that remained then was to find natural elements to dress it up (poppies found in the Pastré Campaign, the rock of the Calanques, the moss of the hinterland of the Var).”

“In my creations, we can read a certain dichotomy between the marketing and media universe in which we live and the ethical values which are dear to me. Indeed, we do not have to forget, in all our steps, to return to our source and that the man ultimately feeds spiritually and artistically on the nature which surrounds us. The natural state has finally reclaimed its rights on industrialization by this metamorphosis of sneakers in vegetable compositions. It is an invitation for each of us to contemplate, to rediscover the beauty of a simple seed, a wild grass, the delicacy of a flower, or still, the smell of the foam.” 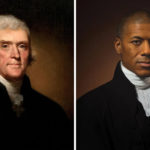 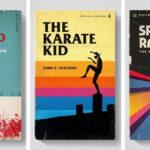