Fueled by his passion for history, photographer Drew Gardner recreated portraits of some of the world’s most famous historical figures, featuring their direct descendants as models.

Getting ready for the series required much more than a few phone calls. Not only did Gardner carry out in-depth research tracing the direct descendants and verifying their lineage, but he also created sets with painstaking attention to the smallest of details. In the end, however, all of the hard work paid off. Sourcing the period costumes and props created such authentic backgrounds, they look like something straight out of a history book. Gardner even carefully analyzed the lighting in each original portrait and patiently recreated them as closely as possible, using all kinds of gear and techniques.

The end result is something that you’d find in the ‘different but same’ category. Of course, in a totally good way.

You could say the series began 15 years ago when Gardner’s mother told him that he looked a lot like his grandfather. “It got me thinking if I [really] looked like my grandfather and if people alive today would bear any resemblance to famous forebears,” the photographer told Bored Panda.

There are a number of criteria based on which Gardner chooses the photos he’s going to recreate but the more iconic an image is, the better. “It is important that no matter what the person’s achievement that there is a degree of recognition or familiarity. This is not always possible but it is my starting point.”

The Internet helps Gardner track down the descendants, but he also works with genealogists and museums. The true magic, however, happens when the photographer starts working with his models. The whole process allows Gardner to form strong connections with the people standing in front of his camera.

“Any human connection tends to come about from conversation, so it is more as a result of the dialogue between the two of us in the days, weeks, months or even years running up to the shoot which gives me a ‘window’ to them as a person and when they expand on their understanding of their forebear, it does deepen the mutual understanding and connection we have, which clearly helps when it comes to the shoot,” Gardner explained.

“Sometimes through the viewfinder, I feel a flash of recognition, though I am never sure if it is wishful thinking or more.” As for the resemblance, Gardner leaves the viewer to make up their own mind on that. “I do not set out to say that the descendant does or does not look like their forebear.” 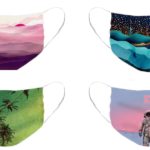 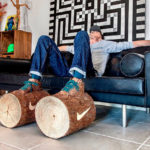