Photographer Ralph Eugene Meatyard, who was born in Normal, Illinois, in 1925 and died of cancer in Lexington, Kentucky, in 1972, worked his entire adult life as an optician, making lenses for glasses. Though he took and developed thousands of pictures, only a sampling of his work has been published.

By vocation an optician, by avocation a self-described “dedicated amateur” photographer, Ralph Eugene Meatyard pursued his own vision to produce an exquisitely enigmatic, widely admired body of work.

Meatyard began taking photographs in 1950, roaming the backwoods and towns in Kentucky, experimenting with framing, multiple exposures, and blurring to produce haunting, abstracted images of natural and manmade environments.

In the late ’50s, he began incorporating monstrous, oversized latex masks and hands, and plastic dolls into his photographs. His family and friends were the protagonists in his carefully composed scenes, their heads consumed by the masks, plastic dolls often arranged about them. For Meatyard, who was inspired by Zen Buddhism and jazz, the masks served to equalize his subjects and shift focus elsewhere—to the poignant juxtaposition of otherworldly faces on human bodies, to the ambiguous and unknowable in human nature. 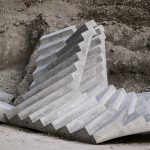 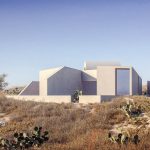