During World War II, The Netherlands was the scene of heavy conflict. According to the official website for the Netherlands, from 1940 until 1945, the country was under German control. During this time, many Dutch citizens were oppressed, forced from their homes, starved, and forced to work in factories by their occupiers. “Almost three-quarters of the Netherlands’ Jewish population had been deported to concentration and extermination camps by the time the war ended,” the site explains. Many people lost their lives, and to honor them, the new ‘Loenen Pavilion’ was created. In its conception, KAAN Architecten aimed to let the trees dictate the “The serene atmosphere and lack of intrusiveness has been achieved by sensitive architectural gestures”structure’s form, to achieve a fusion of architecture and landscaped nature. The pavilion exists “like a horizontal white line settled amidst slender birch and pine trees,” the firm explains. It was kept as narrow as possible to preserve a maximum number of trees between the two open spaces.

“The serene atmosphere and lack of intrusiveness has been achieved by sensitive architectural gestures, proposing an intimate yet open and inviting building,” the firm continues. Discreetly detached from any religious connotations, the pavilion conveys a calming experience thanks to its interiors, the unconventional open spatial configuration, the abundant natural light, and the elegant choice of materials. Corridors were avoided so the pavilion could remain narrow, and functions can flow logically into one another. Everything within the space of the pavilion is related to remembrance and commemoration. 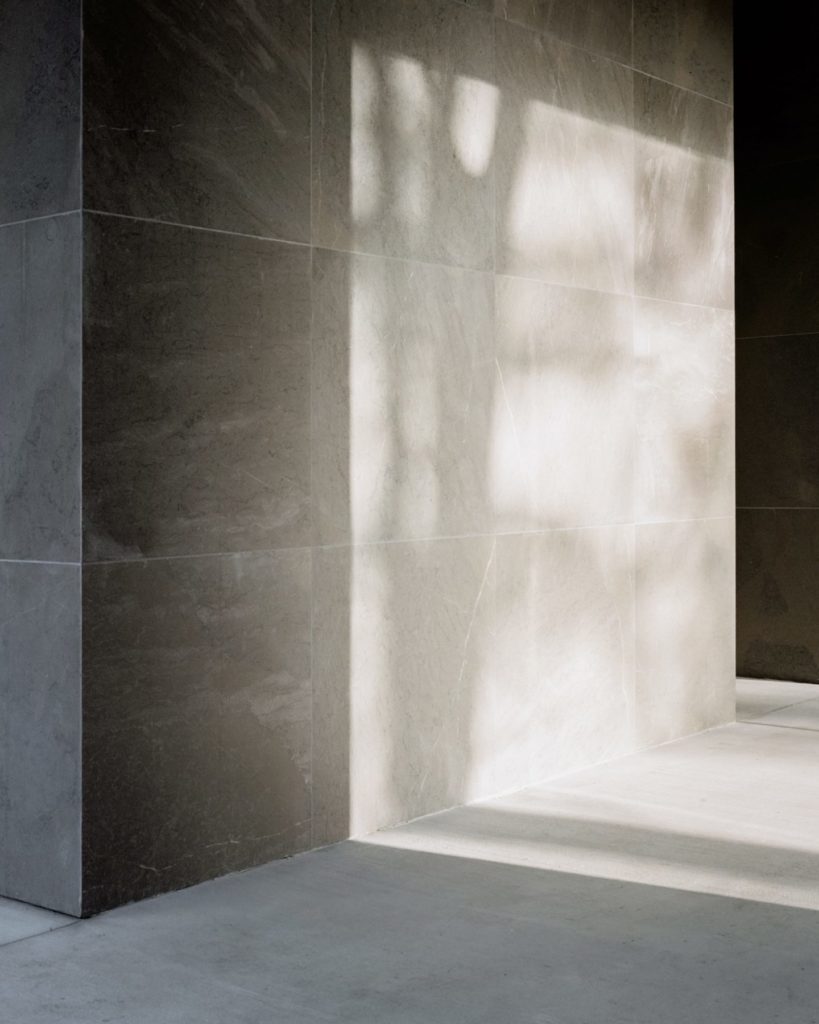 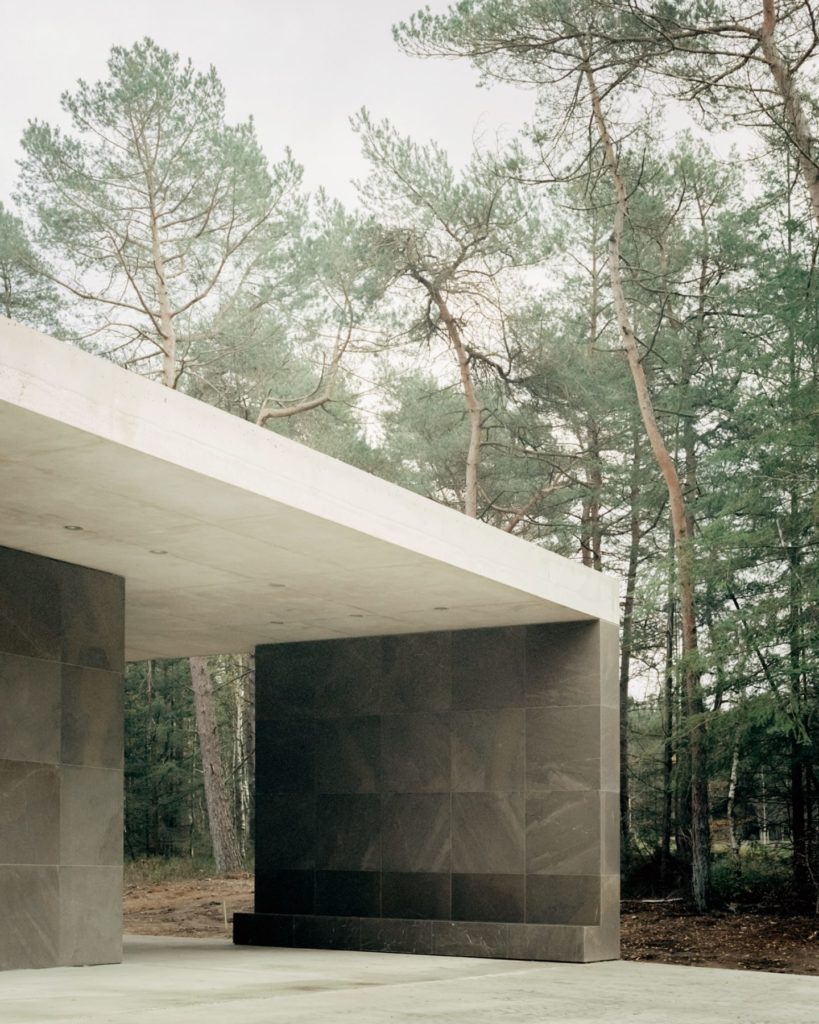 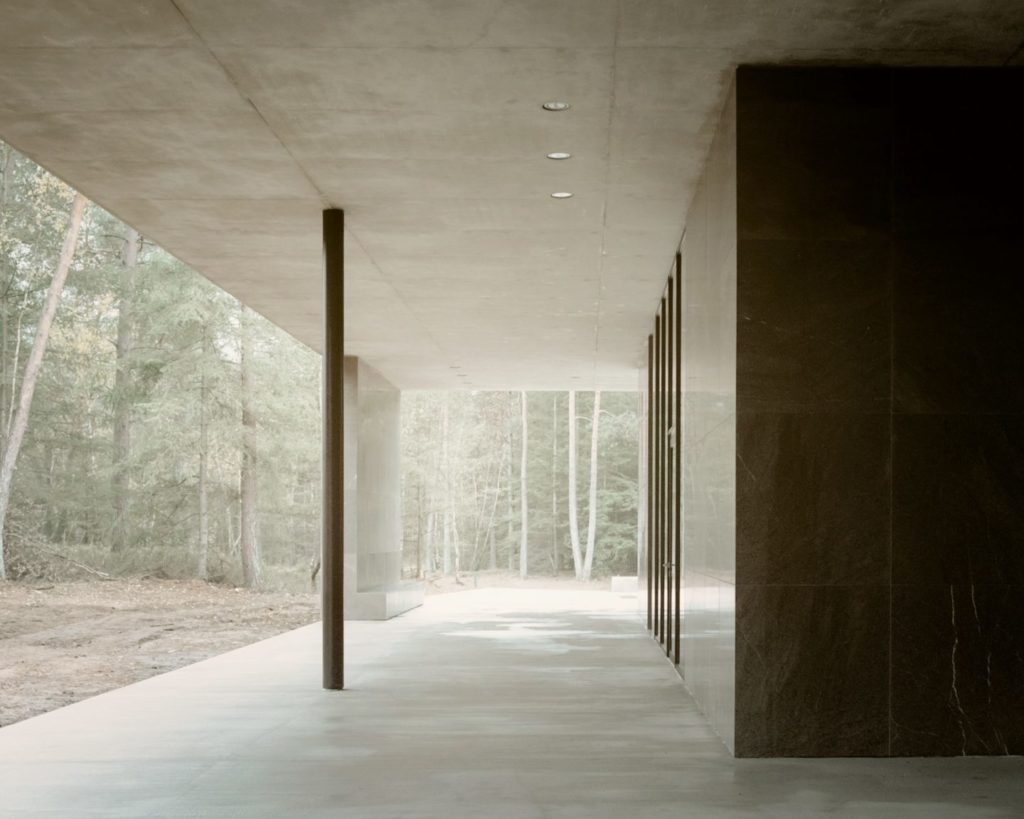 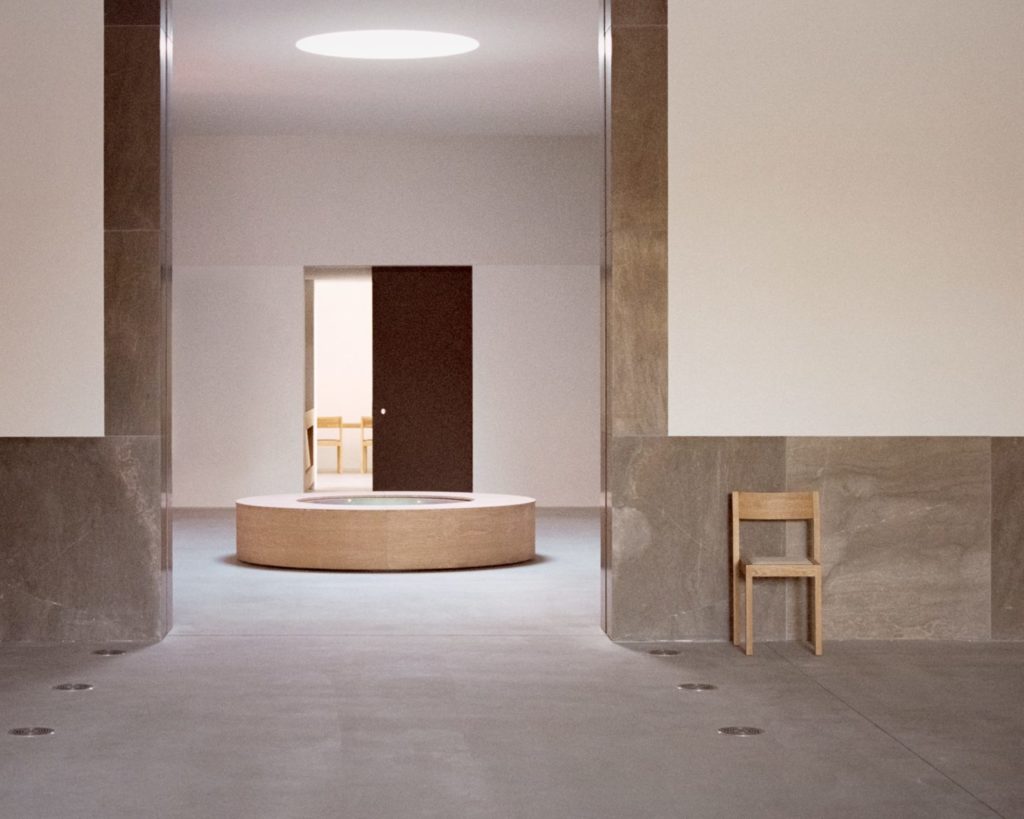 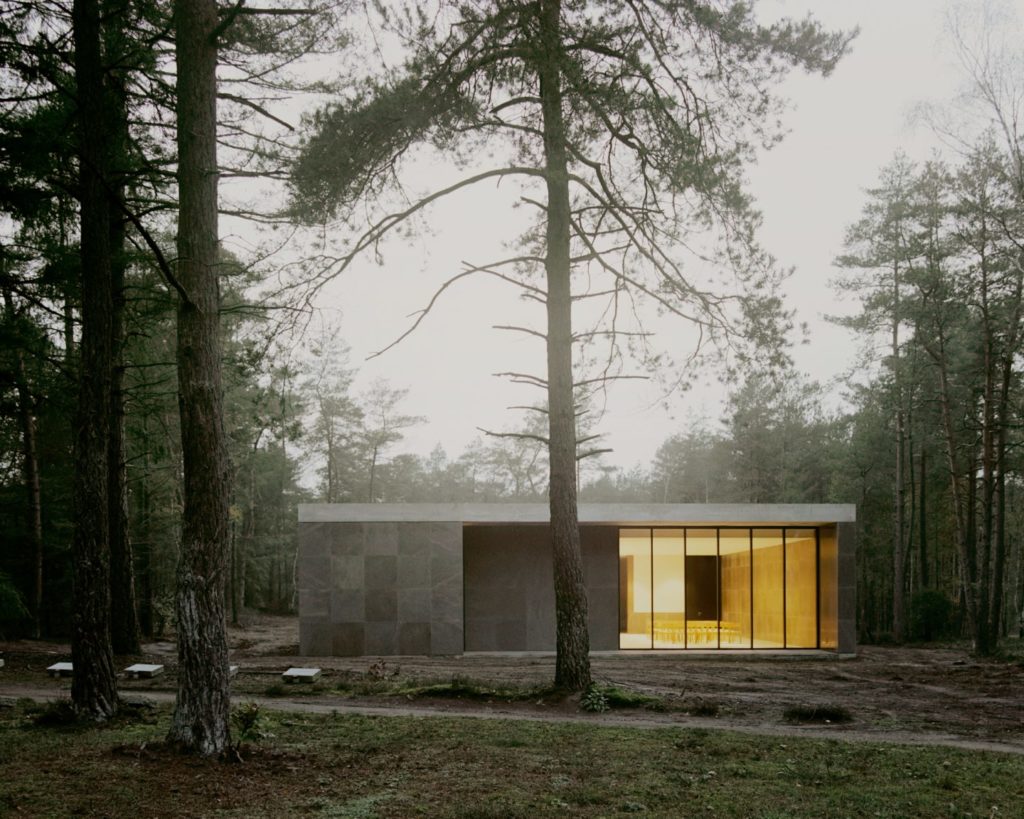 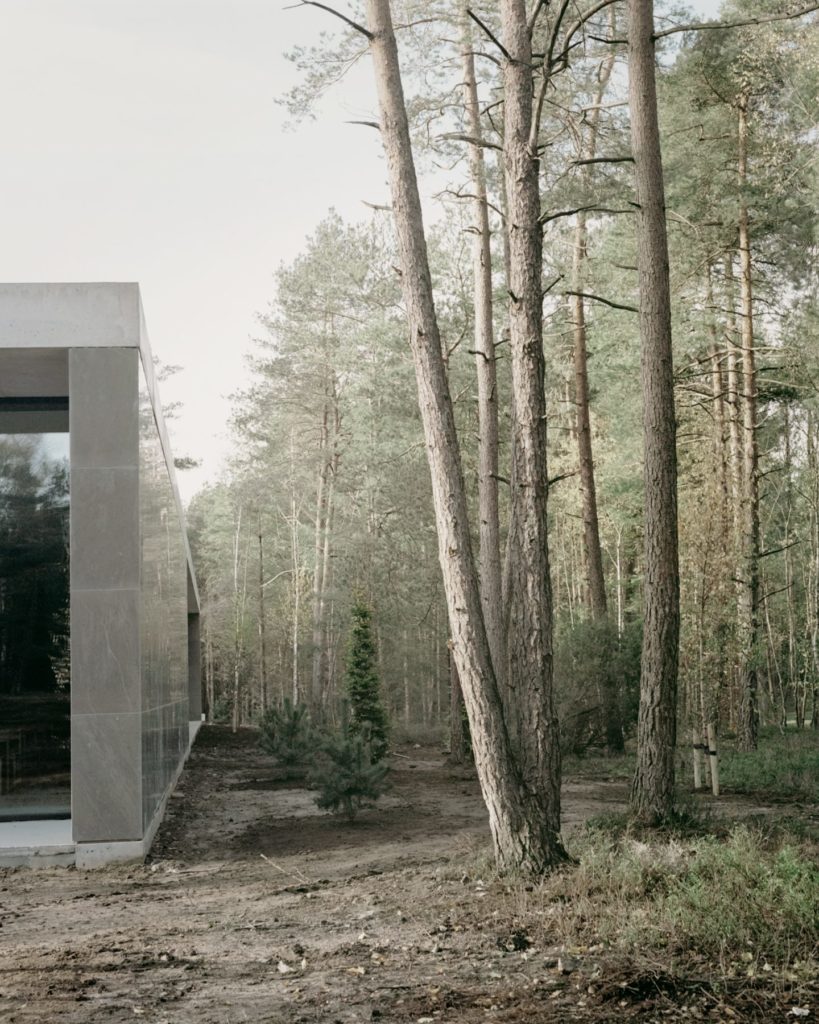 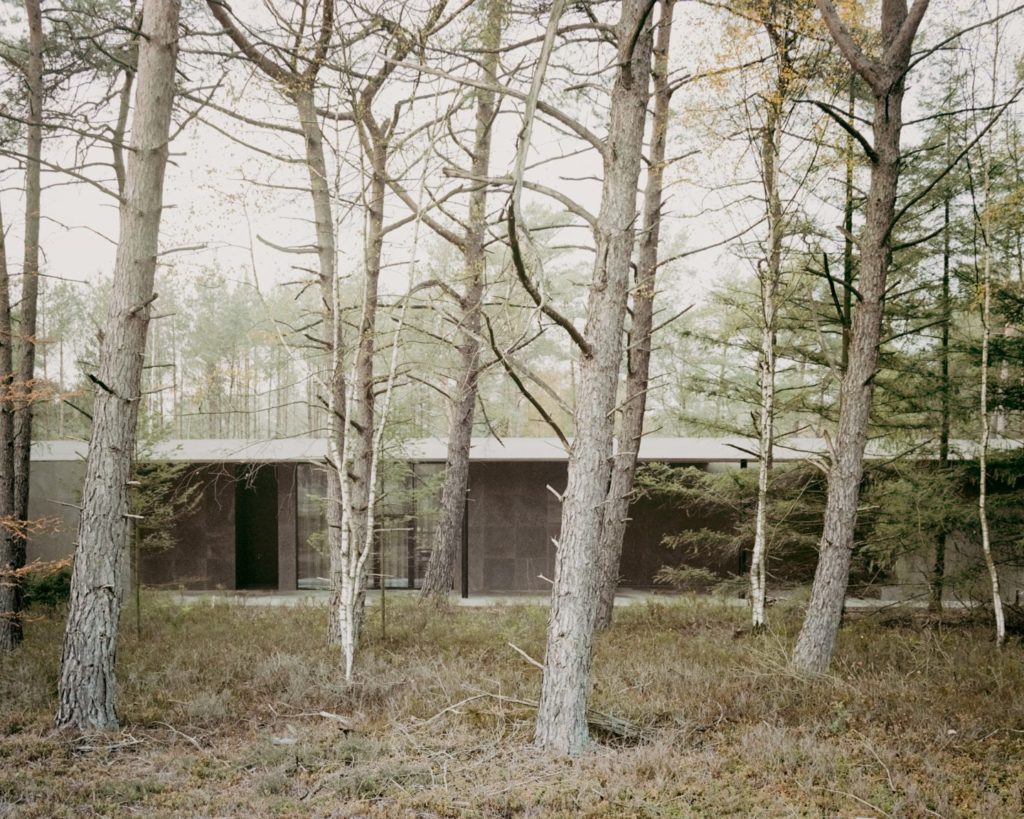 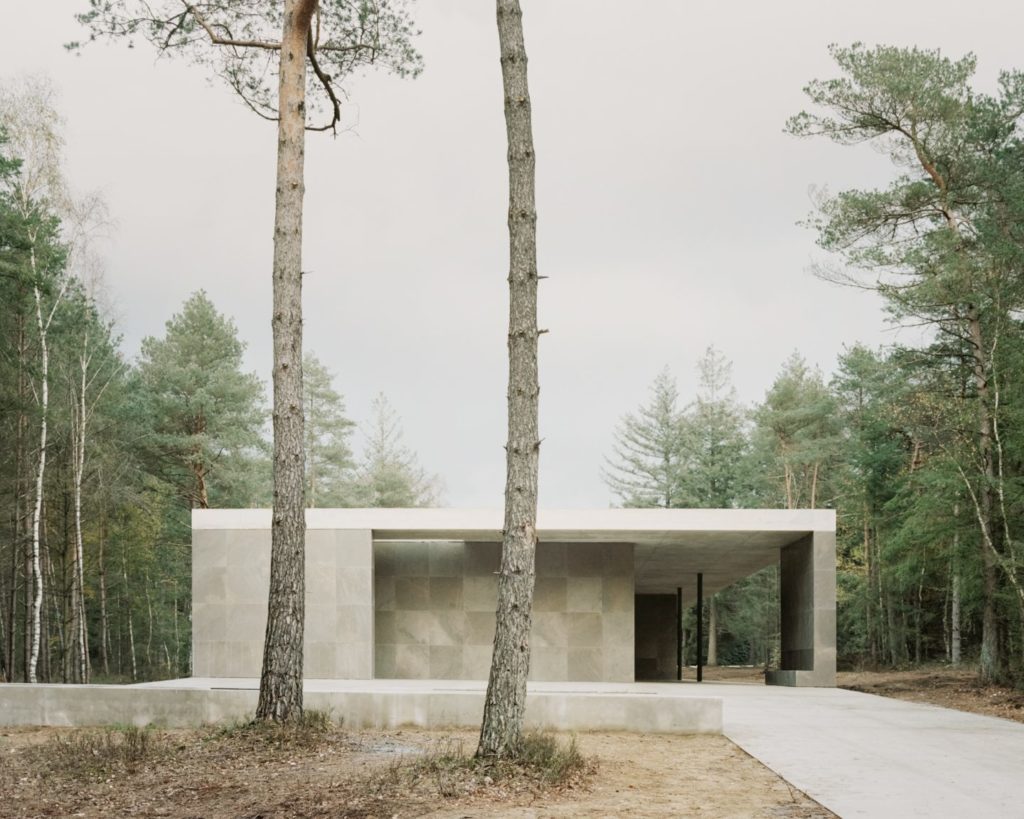 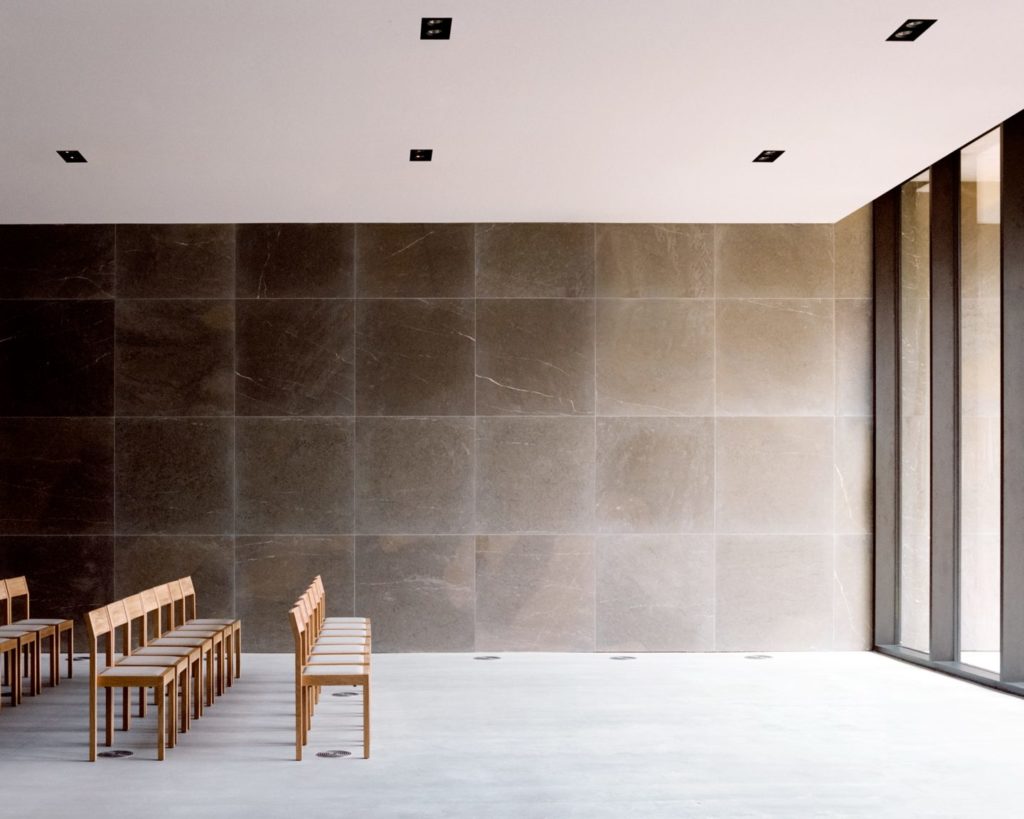 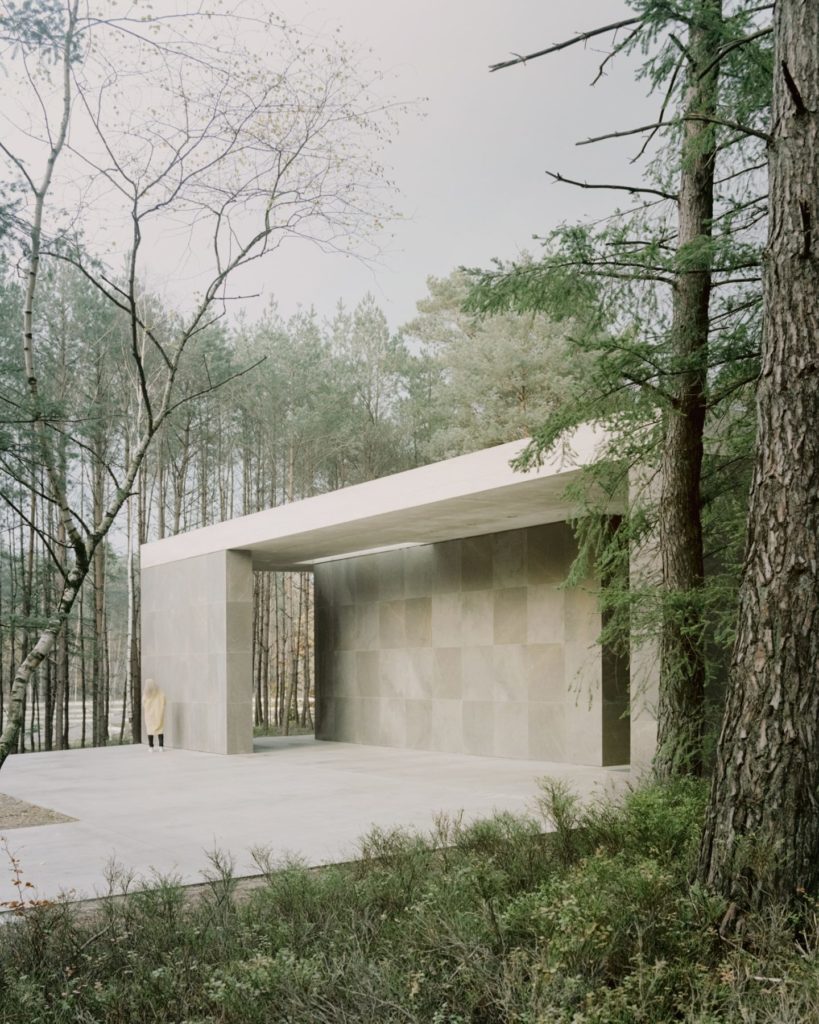 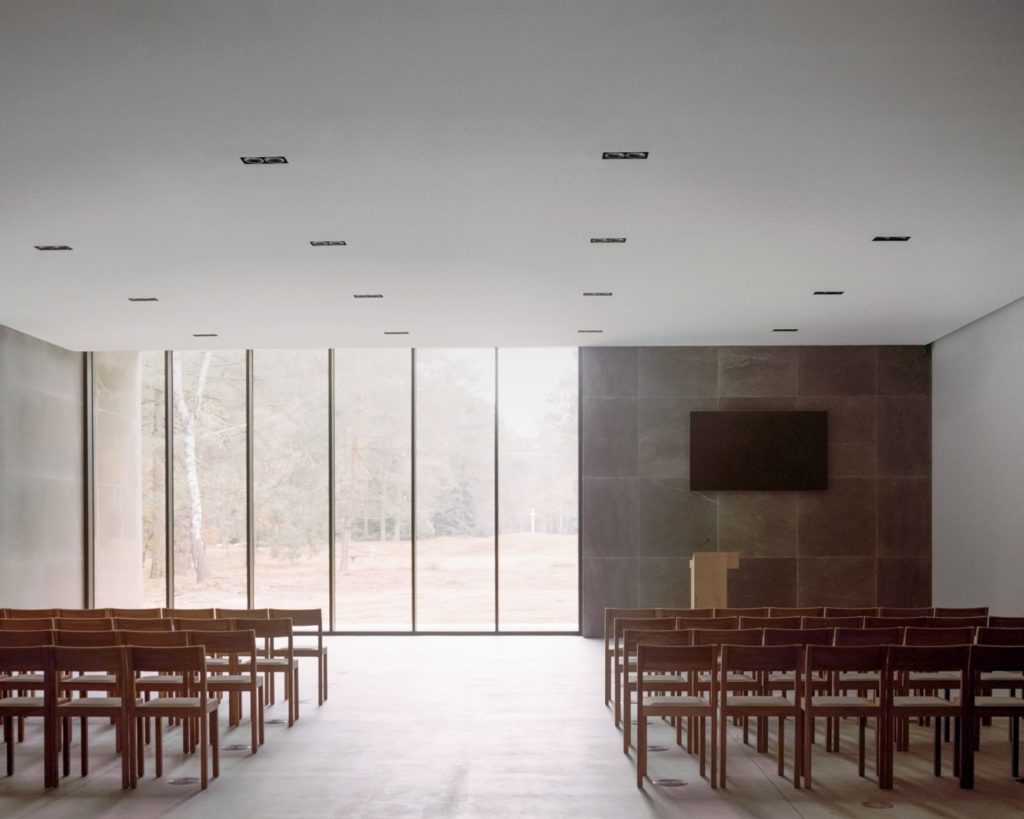 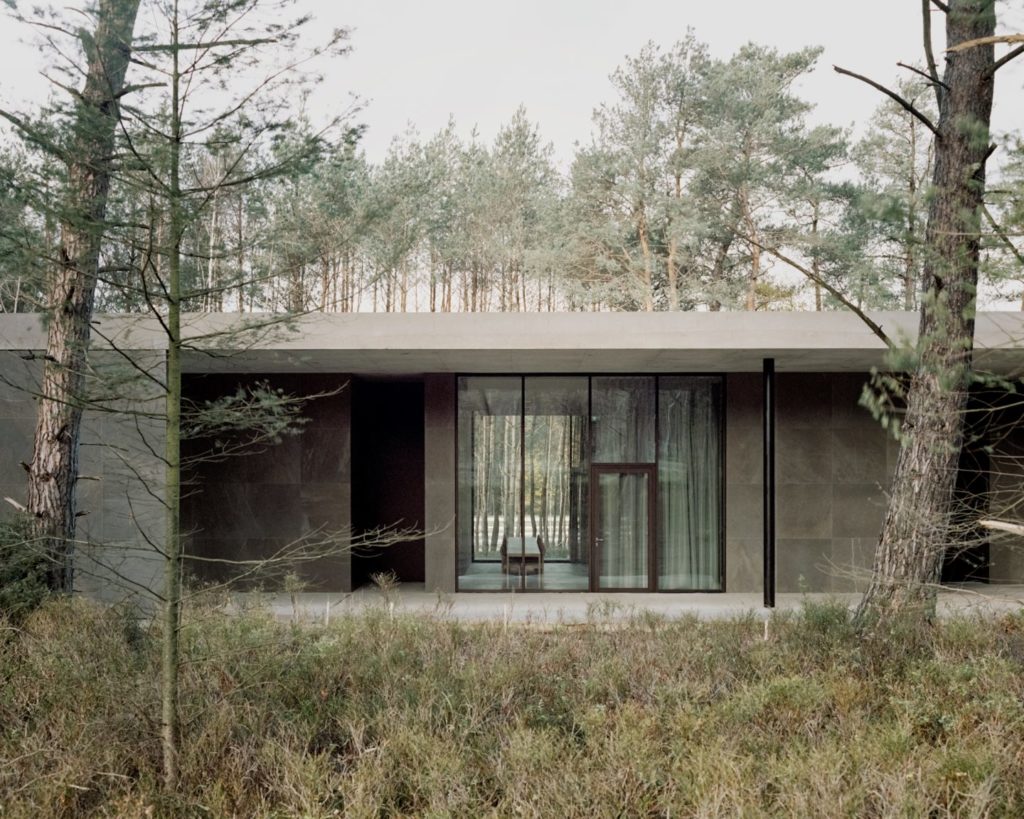 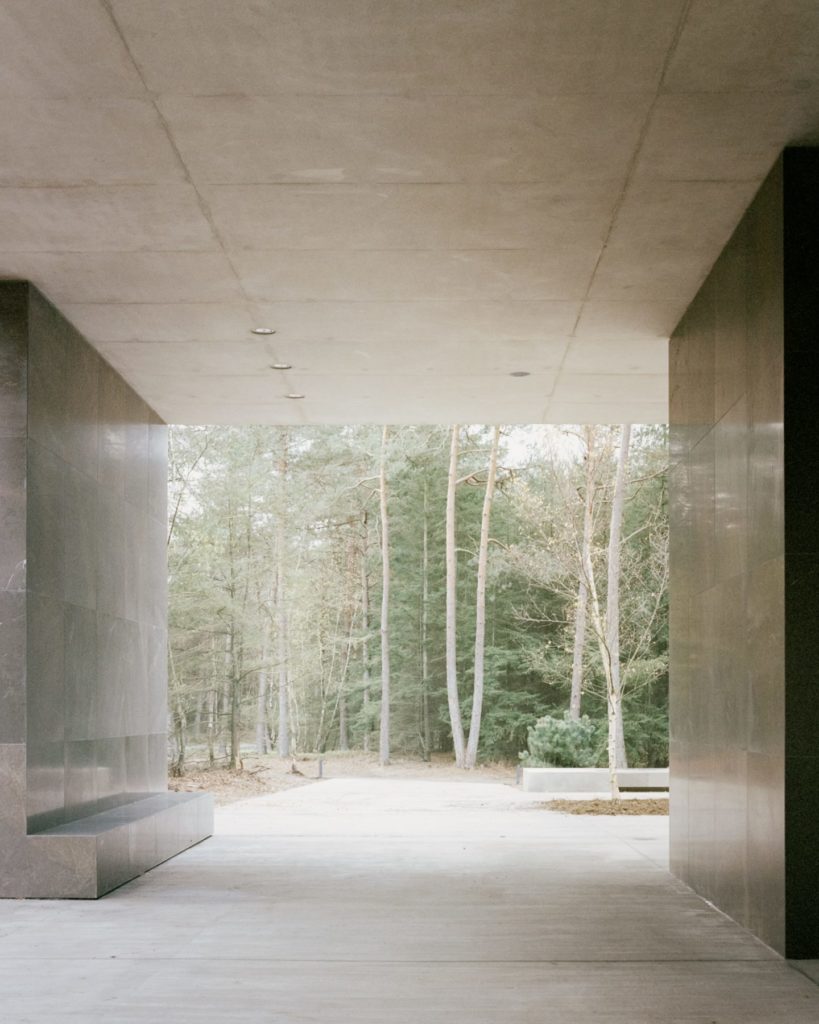 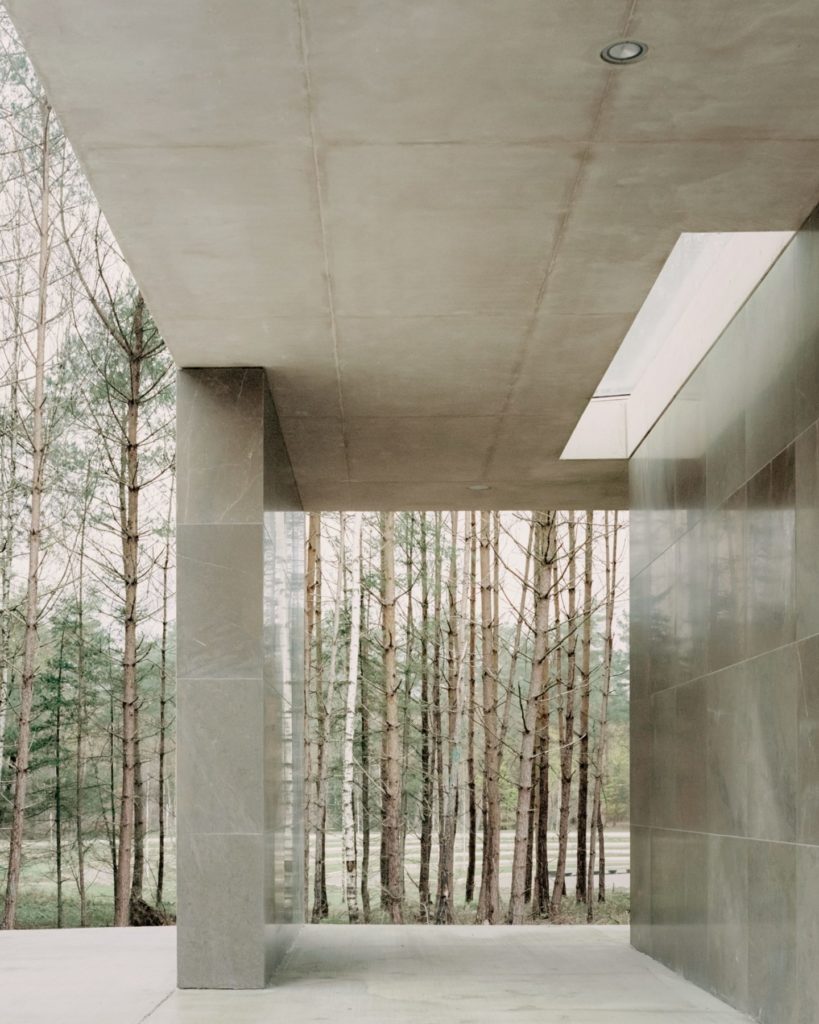 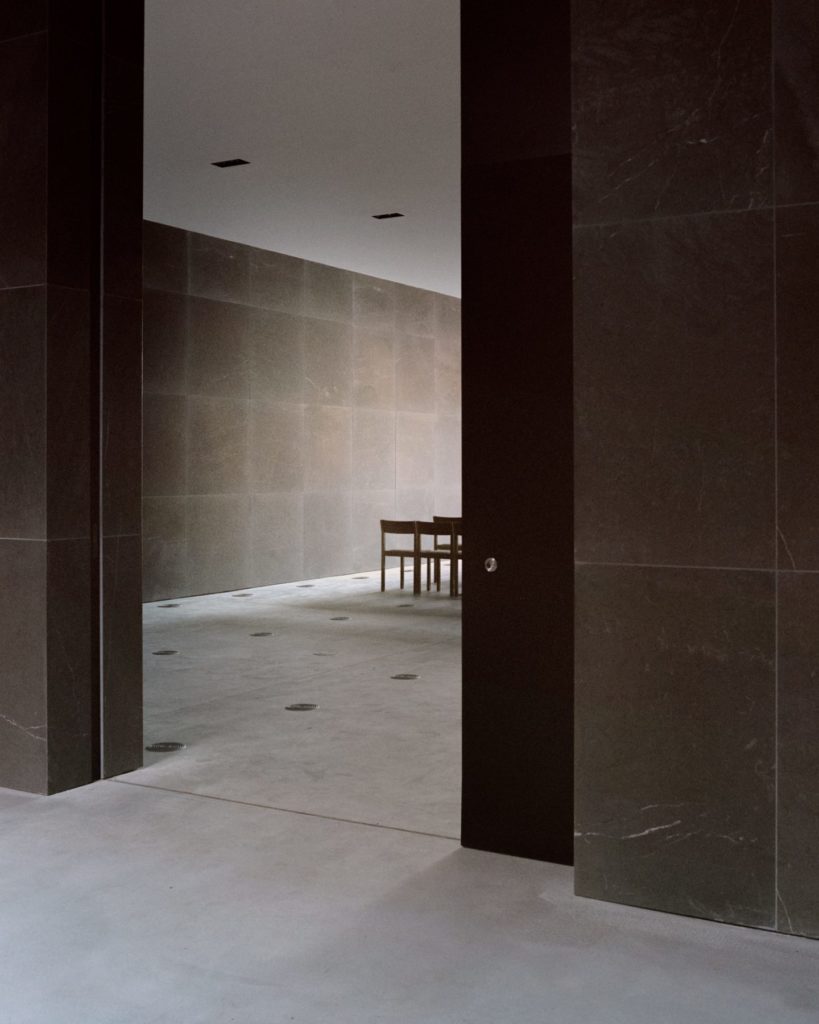 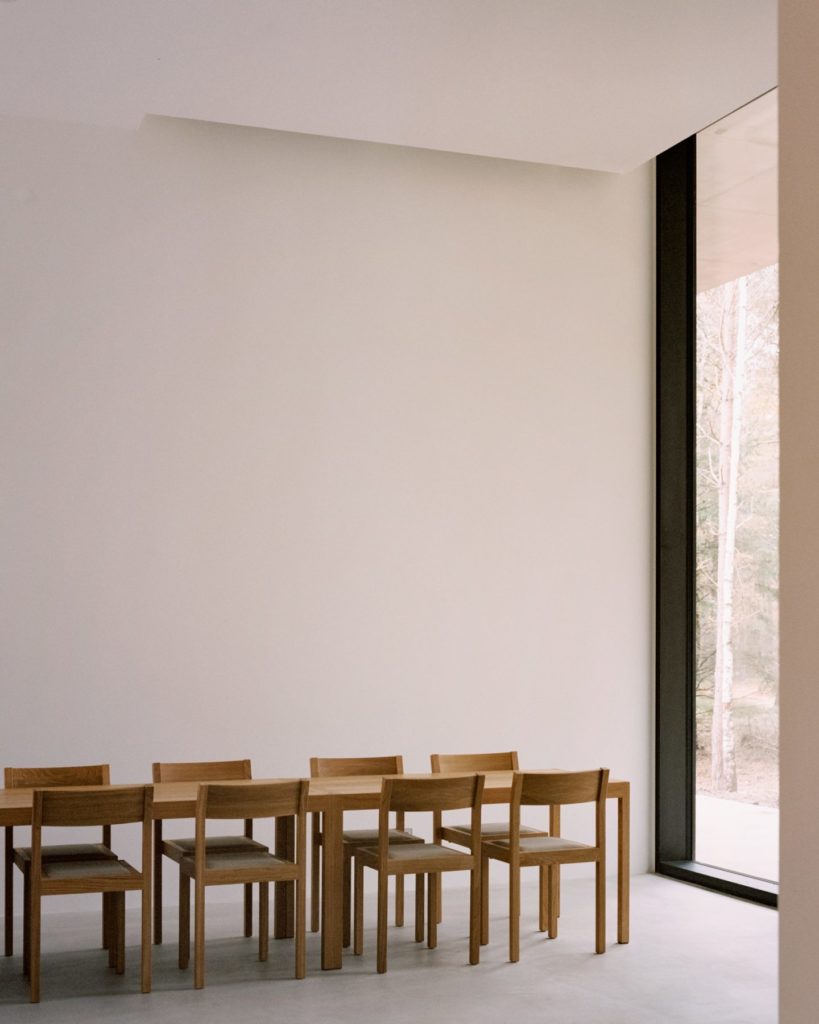 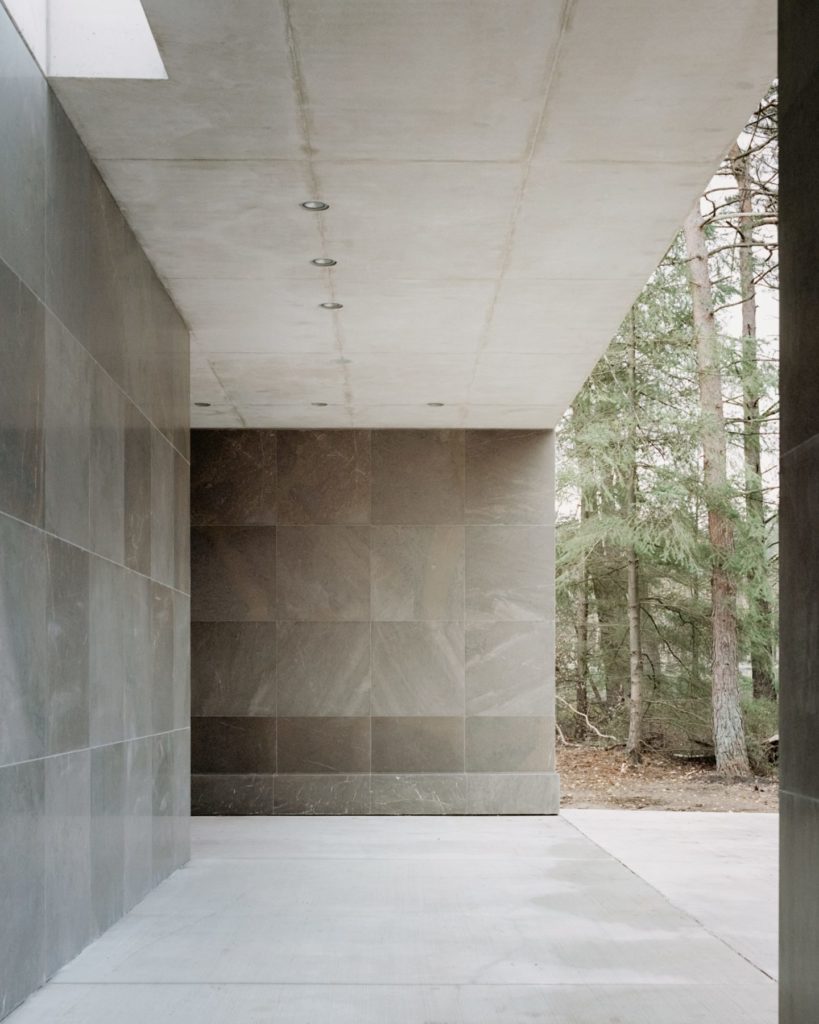 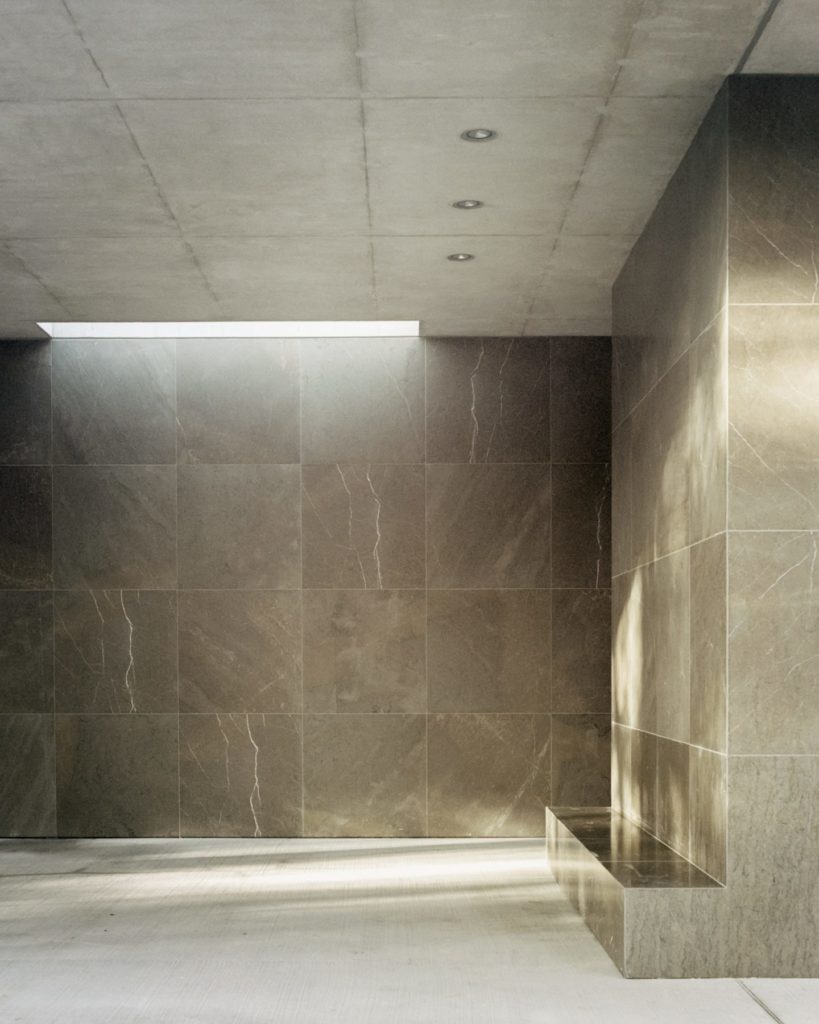 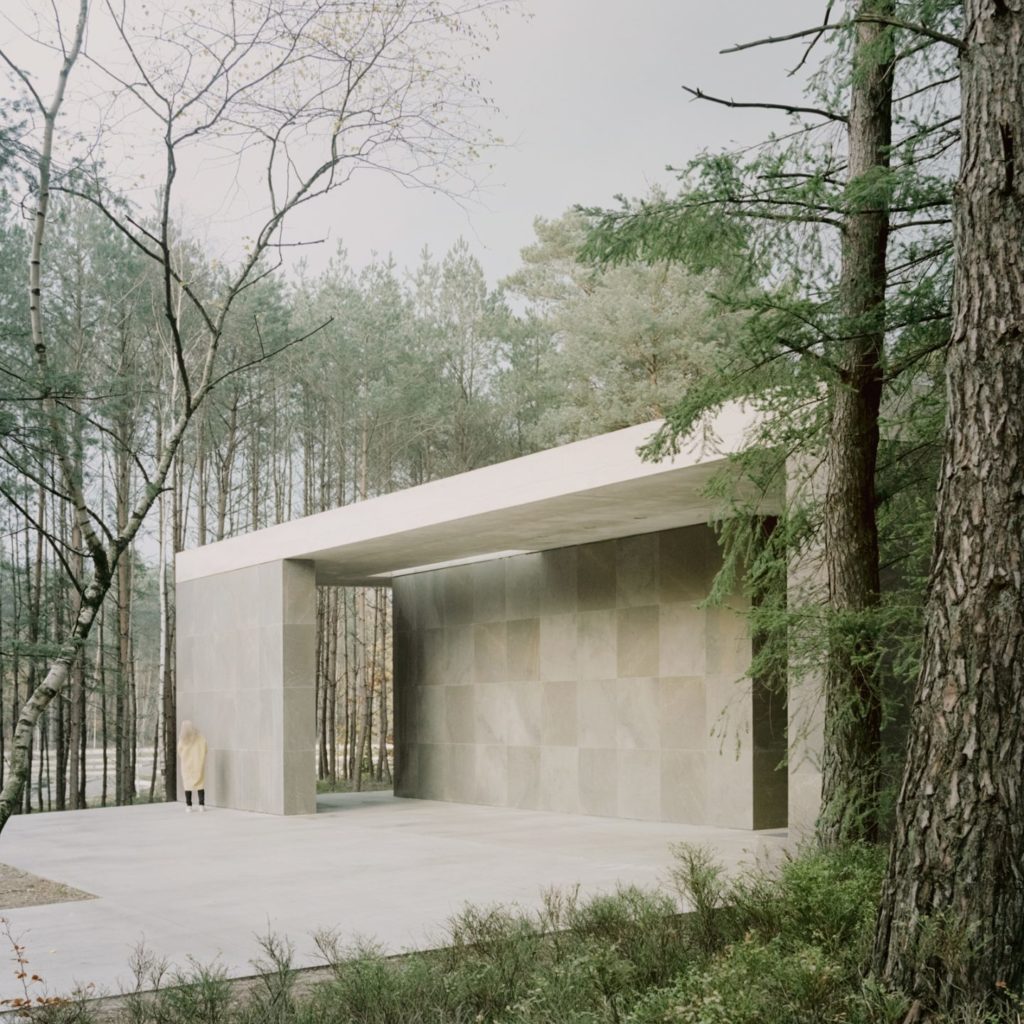