As we approach the month of December, fans are still mourning the loss of beloved television personality Alex Trebek, the long-standing host of the popular game show Jeopardy! His death in early November was an unwelcome addition to the long list of tragedies assigned to the year 2020. But on Thanksgiving, many fans were touched by a posthumous message from Trebek, recorded before his death for the show’s episode airing that day.

The host’s encouraging and hopeful thoughts likely brightened the holiday for many who weren’t celebrating in the manner that they’re accustomed to. Most of all, they remind us that despite the difficulties we are experiencing, we still have much to be thankful for. “High on our list of things to be thankful for this year: Alex’s Thanksgiving message from today’s show,” Jeopardy! tweeted.

In the video, Trebek encourages viewers to “keep the faith” and reminds us of the good in humanity. Take a look below to watch.

Jeopardy! host Alex Trebek pre-recorded a hopeful message for the Thanksgiving holiday before his death.

High on our list of things to be thankful for this year: Alex’s Thanksgiving message from today’s show. We hope you have a safe and happy Thanksgiving! pic.twitter.com/8OlpkSGi9r 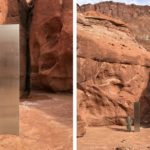 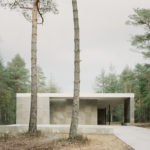