Utah is a state known for its snow and skiing, but it also contains a gorgeous red rock desert that is as desolate as it is hot. And within the scorching southeastern Red Rock Country was an intriguing object that was seemingly delivered by a UFO: a strange 10 to 12-foot-tall object was embedded into the rocky terrain.

The silver three-sided monolith was spotted in mid-November via helicopter by a team working for the Utah Department of Public Safety. They were counting bighorn sheep when they saw the “unusual object” and landed to get a better look. According to the crew on the ground, there was no indication of who placed the massive monolith—which is widely seen as an art installation—and it still remains a source of speculation.

One of the most compelling (and popular) theories is that it is the work of the late artist John McCracken. The minimalist sculptor was a science fiction fan who believed in time travel and aliens. But if he did indeed install the piece, he did so without his art dealer, family, or friends knowing about it. Beyond keeping it a secret, the installation process was no small feat. The size of the piece, coupled with the location and fact that he would’ve had to cut into the rock, would’ve been a challenge (but not impossible).

Despite the Department of Public Safety’s attempts to keep the location of the monolith unknown—it was placed in a very remote area and the chances of being stranded are high—the piece is now gone. In less than two weeks since its discovery, it vanished as mysteriously as it appeared. The federal Bureau of Land Management Utah office announced the departure, stating that they had not removed it.

It’s unclear how long that the monolith went unnoticed. Perhaps it was mere months, but the possibility remains that it could’ve been waiting to be found for decades. Although minimalist in its aesthetic and a short time in the public eye, the robust speculation and imagination it conjures is an enduring legacy.

A strange monolith was found in a remote part of the Utah desert by the Department of Public Safety.

Measuring up to 12 feet tall, no one knows who placed the art installation or how long it’s been there.

Despite attempts to keep the location of the monolith unknown, David Surber found it and took photos and a video of it:

The mysterious piece has since disappeared. 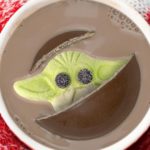 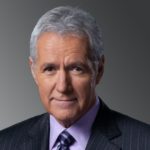