In Chile, salt water from underground lakes contains lithium so it is brought to the surface and evaporated in large basins. The remaining saline solution is further processed and extracted in several stages until the lithium is ready and usable for use in batteries—the same batteries that power our smartphones, “the lack of regulations has strongly affected the territory, its communities, and the environment”laptops, and electric vehicles. Like many mining processes, it is contentious due to its extreme environmental impact. “Called the new white oil, its exploitation uses the green banner of sustainability and clean energy to perpetuate the negative consequences of mining in this region,” he explains. Zegers aims to use his series to raise awareness to this very point. “My images seek to recreate an unknown space through an aesthetic with the air of science fiction where extra-planetary activities could occur, yet, everything happens here in the north of Chile,” he says.

In some images, the skeleton of a horse lays on its side while a dilapidated basketball hoop stands alone in the middle of a desert, eliciting a compelling and perplexing feeling in the viewer. Yet images of abandoned infrastructure and barren rivers destroyed by drought provide a glimpse beyond the surreal, and into the stark reality of the ruination that has occurred due to the actions of arrogant corporations. 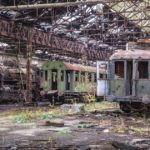 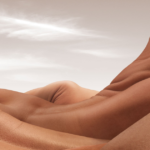