Photographer Preserves the Forgotten Beauty of Abandoned Sites Around the UK

Photographer Matt Emmett loves exploring locations that have long been ignored. Using his picture taking, he helps unlock the hidden mysteries of these spaces and brings renewed attention to areas that have otherwise been “lost.” And while the British photographer is used to traveling to the far-flung corners of Europe for his explorations, lately he’s been finding inspiration closer to home.

Both a change in career and COVID-19 have grounded his travels as of late, but that hasn’t made him any less productive. Instead, it’s forced Emmett to look at the incredible heritage that surrounds him in the UK. Equally thrilling, these ruins or architectural restoration projects have only continued to fire his passion for photography.

“Each and every location has its own backstory, sometimes the clues to some of that backstory or history are there waiting for you at the location and even more can be discovered by reading and researching online. Due to the nature of these places and that fact they exist quietly, hidden away from public view, these histories are often unknown to the wider public,” he tells My Modern Met. “The last eight years have shown me there is an eager audience out there who love discovering these places from the comfort of their own homes. Not only that but I believe we provide an important service to society through the recording of workplaces, residences, hospitals, industrial sites, and many others before they are demolished or redeveloped into something entirely different. It’s important to remember where we came from I think.”

Currently, during his time at home, Emmett has been exploring anything within a short drive or bike ride. This has led his craft to open up in other ways, as he’s begun working with local heritage groups and is even making a foray into video. Though things may be evolving, what remains the same is his desire to share his joy in discovering these amazing places.

Photographer Matt Emmett is a master of documentary abandoned ruins.

While he often travels Europe, the past few years have seen him exploring his own backyard in the UK much more.

Photographer Preserves the Frail and Forgotten Beauty of Abandoned Places

Photographer Travels Europe to Document the Beauty of Abandoned Buildings

Abandoned 100-Year-Old Shipwreck in Australia Is Reclaimed by Nature

READ: Photographer Preserves the Forgotten Beauty of Abandoned Sites Around the UK 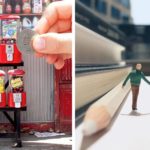 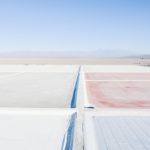