Jeff Wirth is a Washington-based conservation filmmaker, photographer, and certified wildlife tracker who has recently set up a camera trap in a forest hoping to capture some photos of bobcats. Little did he know, he would end up finding more than just pictures of wild animals inside the camera when he returned to pick it up.

When browsing the pictures taken by the camera trap, Jeff discovered some photos of a man in a safety vest casually posing on the log the camera was faced at. The photographer found the picture absolutely hilarious and shared it on social media where it went viral almost instantly. Of course, it did not take long for someone to recognize the “model” in the picture – turns out it was a man named Ben Sizemore and he seems to be enjoying his newfound fame, even changing his Instagram bio to “Just a dude on a log”!

In a recent interview with Bored Panda, the photographer said that he stumbled upon the downed tree while exploring a wetland near his home. He figured that there might be bobcats hanging around the tree and set up a camera trap the next day hoping to capture some pictures of them. Jeff’s setup consisted of a Canon EOS 5D Mark III camera, an off-camera flash and a passive infrared sensor (PIR) that would make the camera snap a series of pictures each time it’s triggered.

Jeff ended up capturing some bobcats too!

Jeff would return to check on the camera once a week, putting in fresh batteries and checking the pictures. “I got a few images of critters including raccoons, weasels, a few bobcat photos, and a number of birds, but nothing I was super happy with so I [kept leaving] the camera there,” said the photographer. “When I went to check the camera a couple of days ago, the first sequence of images I saw were those of a surprise visitor that made me smile ear to ear and laugh to myself alone in the forest.”

The photographer had never captured humans on his camera trap before and thought it was interesting. “As you may notice, he was not camera-shy, to say the least. He hammed it up pretty good and left me with a sequence of images in a variety of poses. I posted the images on the internet, and it took off!” said Jeff.

Jeff was thankful that the man did not mess with his camera and instead created something everyone could enjoy.

The post Photographer Hides Camera Trap, Finds Hilarious Photo Inside When He Returns To Pick It Up appeared first on DeMilked. 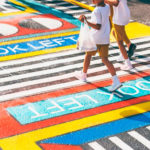 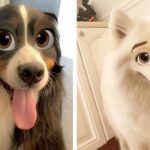