Harley Weir’s oeuvre spans fashion editorials and reportage of war-torn countries. Regardless of subject matter, it seems that every image shot by Weir is framed in a way that is both intimate and tender.

Her work has graced the pages of AnOther, i-D, Vogue, Dazed and The Gentlewoman, and she has shot campaigns and videos for some of the biggest names in fashion. But perhaps her most evocative work is that which is personal and politically charged. Her photobook Homes is a notable example. Produced immediately before and during the clearing of the Calais Jungle—the refugee camp in France that was in use from 2015 until 2016—it illustrated with compassion the living situations of those who called the Jungle home. It sold out in just days, raising over £10,000 for La Cimade, an NGO committed to the protection of refugees human rights. In this series of images, some of which feature below, Weir captured structures built of wood, rope and tarpaulins that had become homes for so many. 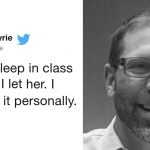 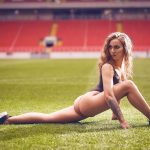