Even though the internet is primarily focused on knowledge, connecting people, and providing services, a very nice and, to be honest, necessary function of the internet is to give people things to laugh about.

In the sea of comedy that anyone can find on the various social media, there’s also Paperback Paradise, a page dedicated to photoshopping vintage paperback book covers with funny, weird, and absurd titles, subtitles and marketing blurbs that were oh so popular on books back in the day; and Domi, the artist behind the self proclaimed “world’s #1 used book store”.

The idea was inspired by a photoshop contest of a book that Domi was a part of:

“I saw a photoshop contest for a Choose Your Own Adventure cover on a forum I semi-frequented in the early aughts and thought ‘I could probably do that.’ I didn’t try it until years later with this account, but have had a lot of fun doing it.”

He continued: “I probably honed the practice working in a comic book shop years ago. That’s how we would pass the time—you’d pick up a back issue and point to The Flash getting his ass kicked and go ‘look at this mother f!@#$% right here’ and start doing an impression of them in their predicament with a slight twist to make it more fun.”

Domi is a book collector who frequents thrift stores for much of his content that you see here. We asked Domi about the process of making a Paperback Paradise book a reality:

“I go to the thrift store and browse the paperbacks until something catches my eye. There are no hard criteria I follow other than it needs to be an illustrated cover, but typically one depicting a moment of great drama or action is what works.”

“Science fiction and fantasy are perfect for that. There is a real honesty in older book covers as the artists were trying to sell an entire book at a glance which makes them perfect for reappropriation. I usually know my title within a few seconds of looking at a good one, but if I just like the cover I’ll buy it and hold onto those until I can think of something later.”

“My process is pretty spontaneous,” elaborates Domi. “I never have anything pre-planned except for the back covers, which I’ll know two or three ideas that will make it there once I’ve got an idea for the cover. First ideas are typically the best ones.”

Lastly, Bored Panda asked Domi about some of his favorites among the heaps of covers he has done. He had this to say:

“I’m usually pretty high on my latest ideas, but some of my favorites are Here They Come: The Bats That Kicked My Ass, Come Be My Friend, Skeletons F!@#$% Up My Naked Husband, Crabitalism… I love fantasy and magic, so something like skeletons coming to life and beating a naked dude’s ass is very fun for me to think about.”

“I really like the few VHS tapes I’ve done as well—I Don’t Want a Little Brother, Dad!, God’s Punishment, and my most recent post Meet Your New Friend Forever, which was a video collaboration with my friend @LastKnownFootage.“ 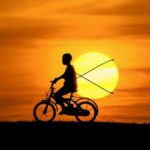 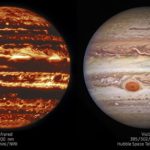