An art-loving California homeowner had his new pool tiled to represent ‘The Starry Night’ by Vincent van Gogh.

The only problem is that you can’t truly appreciate its beauty from below. Luckily, a friend of the contractor had a drone, and uploaded a few aerial images for the whole internet to see.

One of the Impressionist’s best known works, Van Gogh painted ‘The Starry Night’ in 1889. It is said to be the nighttime view from the window of his asylum room at Saint-Remy, where he was admitted after his December 1888 breakdown that resulted in the self-mutilation of his left ear. It depicts a night sky, swirling with light, a small town below the rolling hills, and a massive dark structure. From 1941 it has been in the permanent collection of the Museum of Modern Art in New York.

The post This Is A Private Pool With Van Gogh Starry Night Mosaic appeared first on Design You Trust. 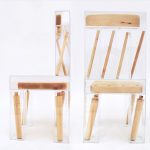 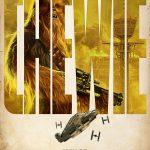