Stuck At Prom is an annual scholarship contest organized by Duck Brand where the contestants have to create either a prom dress or a tuxedo using duct tape. The contestants then have to attend prom wearing their dress or tux for a chance to win a $10,000 scholarship.

18-year-old student Peyton Manker from Sparta, Illinois has entered the contest with a stunning COVID-themed dress, including a face mask and even a virus-shaped handbag. In an interview with Bored Panda, the student said that initially, the dress was supposed to have been dedicated to Leonardo da Vinci, her favorite artist. However, after the pandemic started and prom was canceled, she decided to make it COVID-themed.

“If you saw me crafting my dress, you’d usually see me sitting on the floor in athletic shorts, an old t-shirt and a very messy ponytail hunched over a cutting board and trying to cut tiny pieces of tape with a very tiny knife,” joked Peyton.

Peyton’s dress is full of little details and references to the events that took place during the lockdown, like online Zoom classes, masked essential workers, and online graduations. This amazing dress took the student almost 400 to make and she used up 41 rolls of tape to create it.

After Suzy, Peyton’s mother, shared pictures of the dress to her Facebook, they went viral almost instantly, being shared over 254k times in a matter of days. The student herself says she was extremely surprised to see her dress go viral. “I didn’t know how to feel, it was surreal. I only expected my hometown to see my dress and that was it,” explained Payton. “But then I began receiving messages from people all over the world! It was an insane feeling that I can’t describe!”

Peyton says she doesn’t really plan on creating any more dresses in the future but adds that she’ll see what the future holds. “I am not sure if this is a calling for me to design dresses or craft but, I have always loved art, so I believe it may be in my future!” concluded the student. 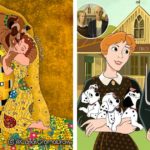 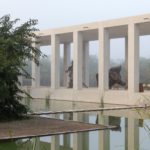