In his new book Road Not Taken, photographer Arnaud Montagard captures an America emptied of its inhabitants.

“There is a feeling of loneliness through all the photos in this book. It’s either a man walking alone in the middle of a deserted street or scenes where there is an absence of human beings,” Arnaud Montagard told The Guardian.

Arnaud Montagard (b. 1991) in Nancy, France, is currently based in Brooklyn, NY. He was initially drawn to street art during his youth. Montagard saved up for his first camera to document the street art scene and his friends’ graffiti in his hometown in France. This passion led him to sleepless nights wandering around what became his playground: the streets.

There is a timeless elegance that Arnaud Montagard captures in his photography that echoes work by painters such as Edward Hopper. An isolated figure, lit beautifully, staring out of view or caught in his own thoughts. Or classic American diners with their strong retro shades and bold lines. You’ll find the same subtly and eye for detail throughout his portfolio. Whether that is through his analogue film or digital work.

“At the far end of west Texas lies Marfa, an artist hub in the desert. It’s three hours from the closest airport and many artists have been moving to this tiny town to find inspiration and experience something unique.”

“In the back of a gas station on the road in New Mexico … the landscape was mesmerising.”

“The waitress was about to clean the table, I kindly asked her not to – I wanted to take a picture.”

“This is the entrance of a supermarket in Michigan.”

“I tried to focus on less touristic states. I drove thousands of miles across Alabama, Mississippi, Wyoming and Idaho.”

“I recently learned that this motel no longer exists. The road not taken is made up mostly of photographs of an America emptied of its inhabitants.”

“My obsession with diners began a few years ago. Each time it feels like a different experience.”

Out of the Wilderness

“This is a lost cabin in Oregon. I was inspired by the new topographics movement and their man-altered landscapes.”

“This was taken in a remote and sparsely populated city in Oregon. While I was shooting this old car, which was used to deliver eggs to the habitants of the town, an old guy stopped and invited me to his home. I like the fact that you can wonder when the photo was taken.”

“Taken during a short road trip in Pennsylvania. There is a sense of nostalgia here for a period I never lived through, being born in the 90s’.”

“A short stop in Ely while on Highway 50, the loneliest road in America. Copper was discovered there in 1906 and it became a mining town.”

“Another window view that reminded me of a Martin Scorsese set. These pictures are the visions of an outsider who was inspired by American culture, through TV, museums exhibitions or books. I grew up watching the movies of Tarantino, the Coen brothers or Wim Wenders, looking at the photographs of William Eggleston and Stephen Shore, and they had a strong influence on my work.” 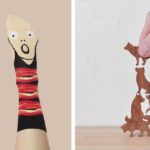 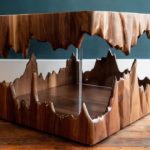