Amanda Stronza is an anthropologist, professor, and photographer, passionate about wildlife and the people who live closest to wild animals all over the world. If you visit her Instagram profile, you’re gonna find hundreds of breathtaking pictures capturing the incredible lives of all kinds of wild animals. However, you’re gonna notice that some of the photos are a bit different.

Since Amanda respects nature so much, she created this little tradition for herself to make a memorial for each dead animal she happens across. The woman adorns the body of the animal in flowers and photographs it as a way of honoring its life. She’s already made quite a few of these and they’re all absolutely beautiful yet utterly heartbreaking.

“A few people have asked me why I see so many dead animals. It might seem like I venture out every day looking for them. I don’t. I promise, I don’t! I do see something dead almost every day. I should say some being. Or someone. I see someone dead every day. It’s just as easy not to see. It’s normal to walk or drive by a dead animal and ignore it. It. Easy to ignore it,” Amanda told Bored Panda.

“My intention and hope in creating the memorials is to give attention and respect to the animals I find, as individuals, as whole beings who had lives of their own,” Amanda explains. “I want to notice them, see them, really see them, not just as “dead animals.” Not as objects. They share the world with us. They once had beating hearts and memories, fears and follies. They had families. By creating beauty from their deaths, I hope to help us all see them. All of them. I share the photos and stories not to sensationalize, but rather, in a way, to do the opposite, to normalize.”

“‘I’m sorry’ is what I say to each one. Not just for me, or for the drivers who hit them, but for all of us, our cruelties and harms, intentional or not, our indifferences and blind eyes to the other beings. I adorn them and take a photo each time, not just to honor them, the ones I find, with beauty, but to honor all of the beings we fail to see. My wish is that the color and light from the flowers, branches, weeds, and leaves surrounding them in death may help us to see them all. All of them,” the woman told us.

After seeing these beautiful memorials, we were curious to ask Amanda whether she believes in an afterlife or not. She told us this: “I am attentive to circles and cycles, and to the many life-giving and life-taking ecological and energetic natural processes that connect us as humans with nonhuman beings, as well as with the plants, trees, soils, rocks, waters, and air all around us. I am deeply aware that we are part of a system, though we may so often feel apart from it. We share cycles of birth and death, growth and decay, strength and senescence with other beings. I imagine the afterlife as a transformation or a transition to something else, to something physically, energetically, and ecologically different, perhaps on planes of existence and being we cannot fully understand. The mystery is both disquieting and comforting to me.”

“Unless we work in the professions of medicine or dying, or unless we are artists, it seems so many of us are sheltered from death, resistant to even the idea of death. I understand why. But it’s odd, too. We are surrounded by death. If we are paying attention, we will see death everywhere, right next to life–decay giving way to growth, deceased bodies sustaining and nourishing vital ones,” Amanda told Bored Panda. “Is it the dread of our own mortality or the fear of losing ones we love that makes us hypersensitive to human death, even as we are somehow impervious or blind to the deaths of others? If we found human remains in the woods or on the road (“roadkill”–would we even use that word for humans?) or brought in by a cat, we might be traumatized. Yet, the bodies and remains of nonhuman beings all around us. Do we not see them because we don’t perceive them as someone?”

“I have been touched to learn how the animal memorials, the call to “see them all,” is affecting others. I have loved discovering how so many people do the same and have been honoring animals in under-the-tree memorials for a long time. It’s exciting and heartening to find connections with so many kindred spirits,” she told.

“At least a few people have not been touched. They were rolling their eyes, incredulous that I would do that for a coyote, for example. “There are too many,” they said. “Don’t you know they kill elk and baby fawns?” “Do you realize they kill pets?” Maybe people see me as sentimental and naïve, not aware of the harsh realities of predators, or the hardships they can bring to people. I don’t mind the comments. I hear them so often. Caring for wild animals, and advocating on their behalf in policy realms and in communities, is my profession. It’s my life’s work. I do understand the challenges of coexisting with wildlife, and I have tremendous empathy for people who live in rural, wild spaces, close to large predators, elephants, and other species. I have seen firsthand how people suffer losses, dangers, and stresses many urban-dwelling animal lovers may have a hard time comprehending.” 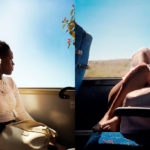 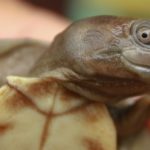