One of the world’s most endangered turtles is making a comeback. The Burmese roofed turtle (Batagur trivittata) is known for its big eyes and goofy grin, and now these turtles certainly have something to smile about. Endemic to Myanmar, they were once thought to be extinct until they were rediscovered in the early 2000s. Now, thanks to a breeding program, their numbers are increasing.

The rivers of Myanmar once overflowed with Burmese roofed turtles until entrapment in fishing equipment and the exploitation of their eggs left the population decimated. The species itself is quite interesting, with the females growing significantly larger than the males and the males changing color during breeding season. During that time, the males shift their muted colors into chartreuse with black markings. They’re also beloved for the big smile that’s always on their faces.

Once the turtles were rediscovered, the Wildlife Conservation Society (WCS) and Turtle Survival Alliance (TSA) sprang into action. They monitor sandbanks that the females use for nesting and then collect the eggs. The eggs are incubated and kept safe at a facility in Myanmar’s Limpha Village. This has resulted in a captive population of 1,000 turtles, which means that the Burmese roofed turtle is no longer in danger of becoming biologically extinct.

However, these turtles aren’t out of the woods just yet. Still listed as Critically Engandered, there are only five to six adult females and as few as two adult males left in the wild. Conservation focus is now shifting toward the wild population and helping transition captive hatchlings back into the wild.

Still, researchers consider the Burmese roofed turtle a conservation success. And when one considers that turtles and tortoises have one of the highest extinction rates in the world—over half of the 360 species are endangered—this is a big step in the right direction.

Thanks to breeding programs, the Burmese roofed turtle—known for its silly grin—is no longer in danger of going extinct. 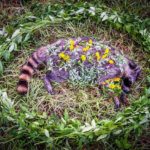 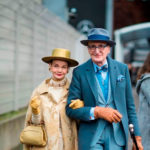