Drone photographer Gabriel Scanu had a love for photography from a young age. Taking inspiration from his father, who works as a cinematographer, he began using his first DSLR at the age of 12. Last year, after his father purchased a drone, Scanu began honing his skills as a drone photographer. Primarily photographing his native Australia, the 20-year-old photographer constantly pushed himself to explore the unique compositions that could be captured from such great heights. “The thing I love most about drone photography is the fact that you can capture scenes from a perspective that they are never usually viewed from,” he told Wired. “For me that’s a really interesting concept and it allows you to view landscapes in a different light.”

We’re especially enamored with Scanu’s vision of the Australian coastline. Clear turquoise water, crashing waves, and spectacular rock formations intersect with manmade elements to stunning results. The head-on compositions are framed beautifully by the young photographer, who has an eye for dividing the image between land and sea in order to create harmony. More recently, Scanu took his work on the road, leaving his hometown of Sydney for the California coast. Like a bird in the sky, Scanu’s pulled back images reveal the majestic beauty that can often be taken for granted from our perspective on the ground. Reminiscent of Japanese landscape paintings, which use scale to value environment over humans, the awe-inspiring photographs push us to ponder our place in the immense universe.

All images via Gabriel Scanu. 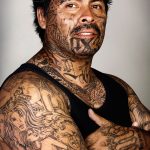 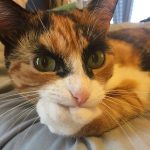