Throughout human history, people have loved telling stories. From poetry and literature to music and art, we tell tales through a variety of media. One of the most effective tools for revealing a narrative or a concept is an allegory. The term comes from the Latin word allegoria, meaning “veiled language.”

In painting, artists have used allegories to convey complex ideas—such as love, life, death, virtue, and justice—through visual symbols and metaphors. An allegory is like a hidden meaning, waiting to be discovered by the viewer. An allegorical painting might include figures that personify different emotions, such as envy or love. Religious symbols are often portrayed as a dove, a flower, or a ray of light.

In figurative art, allegorical subjects were frequently painted from the Renaissance until the mid-1800s. Many remain elusive today; allegorical figures depend on the viewer being able to identify them, but not everyone can decipher their meaning. And because they can be subjective, their meanings often evoke endless interpretations.

Read on for fascinating allegory examples in famous paintings.

These famous examples of allegories in art show that there’s more to these paintings than meets the eye.

Housed in Florence’s Uffizi Gallery, Primavera by Sandro Botticelli continues to attract viewers who are fascinated by its classical symbolism and elaborate composition. The springtime scene is set in a mythical forest, with around 500 painted plant species, including nearly 200 types of flowers. The orange blossoms on the trees are a symbol of marriage, but the painting also features a number of allegorical figurative subjects who are believed by many scholars to represent marriage, too.

In the middle of the composition, Venus (a symbol of love), stands dressed in typical 15th-century Florence attire. Above Venus, her son Cupid aims his bow and arrow towards the Three Graces (representing pleasure, chastity, and beauty).

To the left of the Three Graces, Mercury—the Roman god of May—uses his staff to nudge away a cluster of clouds. On the right-hand side of the painting, Zephyr, the Greek god of the west wind, grabs Chloris, a nymph associated with flowers. In mythology, she transforms into Flora, the goddess of spring, who is depicted to the left of the pair as the woman in a floral-patterned dress. For this reason, some scholars believe that Primavera represents ever-lasting spring.

Leda and the Swan by Jean-Léon Gérôme

Artist Jean-Léon Gérôme depicts the mythological tale of Leda and the Swan in this masterfully composed work. As the story goes, Leda is ravished by the Greek god Zeus, who has taken on the disguise of a swan. Although the highly charged tale is often interpreted as a violent one, Gérôme depicts it as a welcome, intimate moment between lovers. Leda stands naked with open arms, while the swan swims elegantly towards her, guided by a group of cupids (representing love). Both figures are believed to represent sensuality and desire.

The Alchemist by Pieter Brueghel the Younger

In his masterpiece The Alchemist, Pieter Brueghel the Younger warns viewers of the dangers of folly and greed. The painting depicts an alchemist at work, frantically attempting to conjure gold. His wife is next to him, shown desperately in search of more coins in her purse. Additionally, a fool is close by and fans a fire—altogether fuelling the entire endeavor.

In the upper right-hand corner of the painting, the alchemist’s family are depicted begging for coins. This reveals the ultimate consequence of their foolish attempts at making gold without earning it. By the time this scene was painted in the 17th century, the practice of alchemy (to transform one metal into another) had been completely discredited. This work would have been a clear message to viewers at the time to beware of the temptation of cheating and greed.

Venus, Cupid and Envy is a variation on Bronzino’s earlier work, Venus, Cupid, Folly and Time. Both paintings feature Venus, the goddess of love, as well as Cupid. In this painting, Venus is depicted disarming the cupid by taking one of his bows. The masks of comedy and tragedy can be seen by Venus’s feet.

Envy is represented as a horned creature or demon situated behind cupid. On closer inspection, a snake appears to coil from the creature’s mouth, also representing jealousy.

The pink roses in the top right of the scene represent beauty, passion, and love.

The Education of Achilles by Auguste-Clément Chrétien

A masterpiece of French Neoclassical painting, The Education of Achilles by Auguste-Clément Chrétien represents a tale from the life of Achilles from Greek mythology. Chrétien’s composition captures the warrior as a young boy with the Chiron the Centaur, the legendary tutor of gods. Chiron is depicted correcting his young pupil’s grasp of his bow and arrow. The painting embodies the concept of teaching as a commanding but nurturing process.

Mannerism: The Style That Put an Elaborate Twist on Renaissance Art 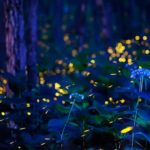 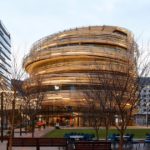