Over the past several years, Seth Casteel has found his niche as a photographer who captures adorably energetic images of dogs swimming underwater. Building on his cute animal portrait empire, he’s just released Pounce, an equally-as-endearing book that showcases rescue cats and kittens jumping and playing with the greatest of ease.

The more than 70 previously-unpublished photographs are a hilarious and heartfelt reveal of just how silly felines can be. As they barrel through the air, Casteel captures them in an up-close point of view—the incredible leaps gain serious height and make them look like tiny superheros. Some cats, too, are naturally more dramatic and offer goofy expressions that are sure to make you crack a smile with personalities that are bigger than they are.

Pounce is now available for sale through Amazon.

My Modern Met granted permission to use photos by Seth Casteel. 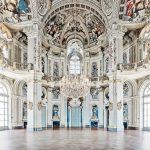