Hamburg-based artist, traveler, and photographer Robert Jahns blends reality and fantasy with his incredible portfolio of digital art. Known as nois7 on Instagram, his carefully crafted compositions have amassed more than one million fans. Each captivating image is like something from a dream, often featuring familiar landmarks from around the world but presented with a fairytale twist. From canoeing into the sunset to chasing shooting stars above the desert, Jahns injects a little bit of magic into natural landscapes with every one of his works.

Believing that emotion is the most important aspect to his work, Jahns aims to evoke the same feelings in the viewer as he felt himself when out shooting with his camera. He explains, “I think an image has to make you feel something. An image has to tell a story.” He continues, “I want to make you feel the same things I felt when I was in the moment.” As well as using his own photographs from his adventures, Jahns collaborates with other well-known Instagrammers and photographers from all over the world. He then goes back to his studio where he uses digital software to edit and blend photos into otherworldly scenes.

Jahns’ dreamy depictions feature mountainscapes peeking out above the clouds, star-studded skies, and crystal-clear waters. Recurring elements include glittering strings of lights that wrap around forest trees and glowing lanterns that float across mirror-like lakes. Animals also roam through Jahns’ enchanting lands, often appearing in unexpected environments, such as a zebra grazing in a snow-covered forest.

You can see more of Jahns’ surreal digital collages on Instagram and buy prints of your favorite images on the artist’s website.

Each captivating image is like something from a dream, often featuring familiar landmarks from around the world but presented with a fairytale twist.

My Modern Met granted permission to use photos by Robert Jahns.

The post Artist Transforms the Natural World Into Dreamy Landscapes You’ll Want to Step Into appeared first on My Modern Met. 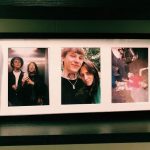 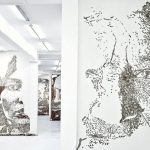